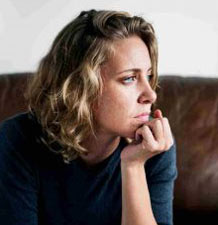 Childhood parental abandonment is probably the most traumatic nonviolent development that can happen to a person. My father was shuffled between his mother and stepfather, and grandmother and grandfather during his youth. He met his father once when he was 13 years old. My dad was a good guy but a lifelong practicing alcoholic, in and out of recovery, who never really found emotional peace.

I relate here another example, from my former life as a mental health professional. This story was told to me by the confused and distraught husband of a woman, Rose, with unaddressed abandonment issues. Her parents divorced when she was preschool age. Dad went through the motions for a couple of years after the separation, reluctantly claiming his court-allotted time with the child.

Then Dad began dating another woman with children, falling off his already weak schedule of visitation with his own child. Rose’s mom urged him to strengthen his relationship with their pre-preteen daughter, but he kept tapering it off. In the meantime, Mom remarried, and a stepfather came into the mix.

Soon, Dad married the new woman with children and told his ex-wife, “You have your new family now and I have mine and it’s best they stay separate.” From that point, he never saw his daughter again.

In this case, Rose doesn’t grow up to be an alcoholic. Instead, believing she’s worthless to her father, she turns all her pain inward through adolescence and young adulthood. She feels she has little control in her life, especially after marrying, at an early age, a man with his own childhood trauma. Any member of a codependency support group will tell you: Dysfunctional people can pick each other out from opposite ends of a crowded room. They attract each other, with the yin and yang aspects of each one’s emotional malaise perfectly fitting together like puzzle pieces. In this case, she’s looking for a father figure, he’s looking to be that figure.

But let me clarify. None of these people, including my dad, was born this way. We’re not talking about a congenital mental illness. We’re talking about emotional dysfunction that develops from untreated, repressed childhood trauma. Rose clearly needs help but refuses to seek it because she fears the explosion of emotional hurt that could result, an aspect of her denial. She’s adopted dysfunctional life coping mechanisms that seem normal to her, that help her continue to repress. In fact, they were necessary to survive in the face of her childhood pain, pain that even a loving mother could not overcome.

But in adulthood, that repressed anguish is causing severe life problems. Ultimately, Rose’s pain becomes so great she starts pushing it outward, toward people that love her most. She has few friends. Old ones got tired of hearing how the world and everyone in it is always against her. She allies herself with dishonest, self-dealing relatives who take manipulative advantage of her emotional weakness and confusion, and reinforce her internal negative tendencies.

Perpetuating heartache and misery toward people that love her is now one thing she can control. Never mind that it makes no sense. Never mind that it harms her and all those around her, even those she purports to still “love.” Rose’s feelings and emotions are colossally confused and unstable after years of repressing the excruciation of abandonment by her father. She’s covered it up by substituting a comprehensive yearslong collection of small slights, some real but most imagined or amplified beyond recognition.

What Could’ve Been Done?

Or, someone could have helped. Her husband was trying to do just that by consulting me. Those around her, those that she still allowed into her life, could have intervened and aggressively encouraged her to get help, emotional therapy. This is not easy. And there’s no guarantee. But if you love her, and she still allows you in, How can you do nothing?