It’s as if She’s Died 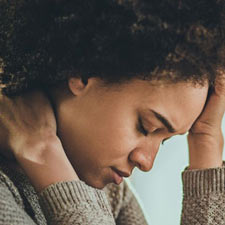 (another recounting from my time as a mental health professional)

There is a kind of mental illness — that is, emotional illness — in a loved one that can hurt you as much as if that loved one had died. In effect, the relationship has ceased to exist. That person won’t see you anymore, won’t talk to you. The situation has persisted several years. It’s as if she’s died.

There’s no one explanation for a person’s severe emotional disability. It’s always some combination of initial causes, trauma, an extended sense of victimhood, and/or years of denial and negative cycles of reasoning — “stinkin’ thinkin’ ” is the technical term they used in counseling school. It’s common in spouses and adult children of alcoholics. But we now know that other family dysfunction such as toxic control and emotional abuse perpetrated by a partner can have the same effects as an alcoholic partner — two sides of the same dysfunctional coin.

Throw in negative influence along the way by one or two self-serving, manipulative “mentors,” extended relatives who have no problem using — hurting — those who are vulnerable, to serve their own selfish desires, and you can have full-blown emotional debility.

Another thing the instructors said is that a person’s disorder, in someone with serious long-term emotional illness, is embedded at the core of a metaphorical onion. And the only way to achieve recovery is by peeling away and addressing, one at a time, the many layers of the onion that have formed over decades. The other option is to keep getting sicker. Loved ones, those she still lets in, plead with her to get help, to “talk to somebody.” She won’t. The other option: getting sicker.

That person has graduated to transmitting her immense pain to a loved one by withholding all contact. Her ostensible reasons? Fabricated and exaggerated anger for “wrongs” done to her 20, 30, 40 years ago. Obviously, that anger is directed at the absolute wrongest person. (Yeah, I made up a new word.) No matter. What matters only is what she has convinced herself to believe.

Armchair psychologists can speculate “why,” and they often do. I’ve been accused of this. But Dr. Phil nor counseling school can provide all the answers. No one can know the nature or cause of each onion layer, though we might know the initial childhood trauma, e.g., sexual abuse, extended mental abuse, or abandonment. There’s only one thing we can do, after years of putting ourselves out there, being vulnerable, while trying to help but suffering more abuse in the process while watching her get worse.

It’s as if she has died. For our own sanity, we treat the situation as such. We grieve the loss with commensurate intensity. We know that beyond normal personal imperfections, we’re not at fault. We’ve tried everything, opening ourselves up emotionally, to try to get through to this person. She won’t have it. Unlike an actual death, however, we hold out hope for her return to the “living.” We hope for a peeling back of that top layer of the onion, a first step toward recovery. Hope is the air we need to live.■