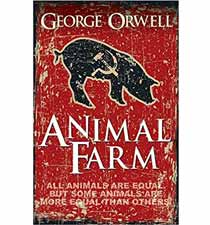 [Analyzing Trumpist populism to defeat it; apparently, we have to think like his supporters]

“Totalitarianism demands, in fact, the continuous alteration of the past, and in the long run probably demands a disbelief in the very existence of objective truth.”

No, I’m not saying Donald Trump’s administration has reached totalitarian proportions. I am saying he has inadvertently grasped, a long time ago, these two integral epistemological components of totalitarianism. And he’s employing them to the fullest extent he can.

Totalitarianism, and its little brother, authoritarianism, are not established overnight. They are borne of a few cancerous cells that ultimately result in a full-blown oncological state.

I doubt Mr. Trump has ever seriously studied either of these isms. Most likely, Donald is a perfect storm of events and personal characteristics coming together in his life: 1) he was born to a fabulously rich family who provided business loans and a limitless financial safety net; 2) he never had to answer to anyone in adulthood except his father; 3) he developed a pathologically narcissistic worldview, with an addictive need for attention and praise; and 4) he developed a superb confidence artist’s grasp of shamelessly defining his own “truth.”

Credit Where Credit Is Due

In the general election, he benefitted from another set of perfect storm components: the GOP’s blinding, unwarranted hatred of Hillary Clinton; proven Russian interference; and FBI Director James Comey’s questionable judgment in releasing his statement at the end of the Hillary-email investigation, then mistakenly, publicly re-opening the probe 11 days before Election Day. President Trump also benefitted from that strange American political animal, the Electoral College, which gave him the presidency in spite of a record 2.86 million more votes cast for his opponent.

It is true, however, that when Trump blew through the Republican primaries and vanquished 16 or 17 strong GOP candidates, he did this on his own, deserving of all the credit. Donald Trump exploited the skills he had learned in the business and celebrity worlds — con artistry, bluster, bloviation, bullying, rewriting his past, creating his own reality, successfully rewriting anyone else’s past who crossed him — to crush his primary opponents, psychologically, then electorally.

Now he approaches his one-year anniversary in office. He’s run roughshod over any accomplishment with Barack Obama’s name attached to it, hurting millions of people in the process, simply out of spite. He has violated the separation between White House and Department of Justice. He has appointed Cabinet secretaries to dismantle the very departments they head. He’s consistently blown away the norms and traditions that hold our American form of democracy together. He continues to try to govern the United States in the same authoritarian manner he exercises with The Trump Organization.

The president likely has financial corruption to account for. He has mob connections to explain. He likely has committed illegal conspiracy to effect his election. He likely has obstructed the process of justice in myriad ways, in fact, publicly. Vladimir Putin likely has pressured him into submission, with visions of golden shower videos dancing in his head. He divides us. He insults us. He discriminates against us.

Yet he holds about a third of us in his autocratic gaze, in a kind of mass hypnosis.

Over the past couple of weeks, I joined an online political discussion group that was approximately 90 percent pro-Trump. I baited them into “debate” with liberal article posts and comments. Most of them hurled vile one-liners at me. I did get into a long thread with a pseudo-intellectual Donald supporter, Joey, who thought he could throw lots of insignificant facts and figures against the wall in support of his argument. I pointed out how Joey feigns intellectualism by creating an avalanche of self-important-sounding drivel, which serves only to obfuscate the point at hand. I threw his insignificant facts and figures back at him and beat him up badly by dissecting his logical fallacies.

We exchanged cross fire and witty retorts for an hour. I thought Joey would never give up. Finally he accused me of evading the subject and not answering his debate questions, called me ignorant, and said my attitude was “unattractive.”

I posted, “Ad hominem attacks: the last refuge of the uninformed.”

He made one last gasp, replying that I was the uninformed one throwing “ad homs” around.

I posted, “Projection: the last refuge of those who won’t admit their ad hominems.”

Joey never responded. He went down for the count, and I got the knockout.

I clearly won the battle of wits with Joey and his vituperative cohorts. But it was a Pyrrhic victory. I was depressed about it for a few days. Why? There are a few reasons I’ve come up with. First, throughout my rough-and-tumble back-and-forth with these Trump group members, I have to admit, I threw a few ad hominems myself. To be fair to me, there were some twisted trolls in there, spewing some of the worst vitriol you can imagine. But afterward, I felt soiled by joining in, even if it was self-defense.

Second, though I generally came out on top (at least in my own mind) when reason and logic were involved, their dismissal of truth and reality was extremely upsetting. Remember the two components of totalitarianism in the Orwell quote at the beginning of this article: continuous alteration of the past and disbelief in the existence of objective truth. They believe, without reservation, all of Donald’s alterations of the past as he rewrites his first year in office. And frighteningly, they really believe in Trump’s concept of fake news, the disbelief of objective truth. They repeat the phrase constantly.

There are essentially two types of Trump supporters in that group: vitriolic trolls and pseudo-intellectual snobs. “And some, I assume, are good people” (— thanks to Donald Trump).

The members of this group automatically disbelieve any objective information if it comes from The New York Times or The Washington Post. Trump hasn’t just convinced them that the editorials are wrong; he’s convinced them that no objective information these newspapers report can be believed, because they report the truth about Donald and his behavior. Note that the Post and the Times never hesitated to report into the ground every single detail about Hillary’s emails or Anthony Weiner’s sexual offenses.

And they extend this powerful false concept of fake news to any media outlet that reports anything negative about Trump and Trumpism, no matter how accurately or truthfully.

A real danger is that Trump supporters have been trained to disbelieve professional journalism even when it isn’t reporting on Trump. It’s similar to the damage Donald does as he bashes the FBI because they’re closing in on him. When he says the FBI’s reputation is “in tatters” and the bureau is “tainted,” Trump doesn’t care that this hurts the FBI’s ability to do all of its other, non-Trump work.

For the time being, I’ve resolved not to engage directly with Trumpites. It’s too depressing, frustrating, and exhausting. When someone does not care about objective truth, there is, rhetorically, nowhere to go. So what are the reasonable, fact-respecting two-thirds of the electorate supposed to do?

First, resolve to support Special Counsel Robert Mueller’s investigation to the fullest. Be ready to take to the streets if Trump interferes. In a way, we are fortunate that the president has criminal, legal exposure on so many fronts: conspiracy with a foreign government to alter the election; obstruction of justice; financial corruption; and pecuniary conflicts of interest. If all he did was pathologically lie to the electorate, we would be stuck with him through 2020.

Second, I believe Andrés Miguel Rondón lays out a good alternate line of defense. Rondón is a Venezuelan citizen, born and raised, who saw the rise and fall (death) of Hugo Chávez, “who ruled as precisely the sort of faux-populist strongman that Trump now loves to praise.”

Ultimately, Rondón says we must find a way to create a better message than President Trump’s. Additionally, we must stop arguing with his hard-core supporters, trying to prove them wrong, and belittling them. We are their enemy, and our opposition only fuels their stubborn denial of facts, their confirmation bias, and strengthens Donald’s emotional hold on them.

“Trump [populism] did all of the above — constructing an alternate reality that gave his supporters a concise answer to their question[, Why, after so many years of work, am I still suffering?], and the hope of a solution. It doesn’t matter that it’s all bogus. To Trump voters, a fake reality — especially one laden with obvious enemies and golden promises — is better than nothing, or more of the same. …

“Like religion, populism asks for blind allegiance, dismisses truth as the unconditional value of meaning, and arises from a certain unverified, mythological coherence. And like religion, populism promises a distant resolution — one that never comes, of course, but is constantly dangled in front of its supporters, who are soothed by the expectation. …

“Constantly trying to disprove, on a daily basis, what Trump says will only bait people into their confirmation biases. It will increasingly entrench moderates on both sides unto abstention or, worse, the extremes. What you need is a powerful message with which to substitute a true plan for a false spell.”

“If you want to fight Trump effectively, you have to learn to think like they do and give up altogether the prospect that scandal will one day undo him. … As long as Trump is still swinging back, scandals help him to polarize the country further. The scorn of his adversaries, in the eyes of his supporters, proves that he’s doing exactly what they voted for him to do: dismantling a rigged system that they believe destroyed their hopes. …

“It does not matter that he is eroding the nation’s democratic institutions. That this combat is dangerous, hypocritical, built on lies. That you, after all, are innocent. His supporters are convinced that you are to blame. Until you can convince them otherwise, they will cheer him on. The name of the game is polarization, and the rookie mistake is to forget you are the enemy.”

(Rondón, Andrés Miguel; “To Beat President Trump, You Have to Learn to Think Like His Supporters”; The Washington Post; 12/26/2017.)

Oh, and re-read George Orwell’s Animal Farm. I know you slogged through it in high school. But it takes on a whole ‘nother meaning in the wake of President Trump’s first year in office. ■

7/25/2016 | “Trump and the End of Truth”
4/2/2017 | “Donald Trump’s Fictional America: I grew up surrounded by Chávez’s alternate reality. Now I’m watching one consume the United States.
12/26/2017 | “To Beat President Trump, You Have to Learn to Think Like His Supporters: Scandals will never defeat a populist.