Who Among Us Hasn’t Fudged a Few Million Dollars on Tax Returns? 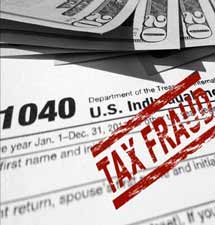 “I feel very badly for Paul Manafort and his wonderful family. [The] ‘Justice’ [Dept.] took a 12 year old tax case, among other things, applied tremendous pressure on him and, unlike Michael Cohen, he refused to ‘break’ – make up stories in order to get a ‘deal.’ Such respect for a brave man!”

“A large number of counts, ten, could not even be decided in the Paul Manafort case. Witch Hunt!”

On Aug. 21, 2018, a Virginia federal jury convicted former Trump campaign Chair Paul Manafort of eight financial felonies including tax fraud and money laundering. He originally faced 18 felonies, but one juror held out on the other 10 charges — though the evidence on those was just as strong — because he thought the investigation and trial were a witch hunt.

The second payoff came just days before the 2016 election, right after the release of Trump’s infamous Access Hollywood video on which, in a setting Donald thought was private, he bragged of sexually assaulting women and that he could “get away with it” because he was “a celebrity.” Trump ordered this second payoff because he knew his campaign couldn’t withstand another sex scandal.

A Crime Is Not a Crime

Donald Trump would like to convince you that these crimes weren’t that criminal. For starters Donald tweeted that the Manafort crime is 12 years old. He lied about that but for argument’s sake let’s assume he’s right. In his mind there is an inherent statute of limitations if one gets away with it for a length of time, say, a few years. The law says the offense was within the time limit for prosecution. But if you’re from Trump’s world, hey, if you got away with it for this long you should be home free.

Besides, who among us hasn’t fudged a few million dollars on his or her tax returns? You’re a loser if you don’t do it. And what’s a little money laundering between friends?

The second tweet is another window into how Mr. Trump thinks about crime. Manafort was charged with 18 counts but only convicted on eight, so even the eight must not be that serious. “Witch Hunt!”

And paying off women to cover up sex!? Who among us never has needed to hide affairs with adult-film actors or Playboy models?

Donald Trump has a long history of, and well-known reputation for, cutting legal corners and cheating creditors. His list of stiffed victims ranges from large banks that provided him multimillion-dollar loans to small vendors who supplied his construction sites with porta potties. Do a cursory internet search to find a variety of books by credible authors detailing Trump’s record of shady business practices.

Now Donald’s sleazy chickens are coming home to roost. The congressional testimony last week of former Trump lawyer Cohen has given several House committees multiple leads pointing to numerous Trumpian crimes past and present. And the House of Representatives, now led by Democrats, is showing an eagerness to pursue those leads.

But Donald Trump thinks it’s all “bullsh*t.” These aren’t crimes. He’s been doing them all his life. This is just business. And the plethora (another good word) of investigations is just “presidential harassment.”

On Monday Jerrold Nadler (D-N.Y.), chair of the House Judiciary Committee, instructed his staff to send out 81 letters of inquiry seeking documents and other evidence from all corners of Trump World and related entities. Nadler has made it clear that subpoenas will follow if voluntary cooperation is not forthcoming.

Mr. Trump was not pleased:

“Oh’ I see! Now that the 2 year Russian Collusion [Hoax] case has fallen apart, there was no Collusion except bye Crooked Hillary and the Democrats, they say, ‘gee, I have an idea, let’s look at Trump’s finances and every deal he has ever done. Let’s follow discredited Michael Cohen…..”

The “Russian Collusion case” has not fallen apart in spite of the hundreds of times Donald has called it a “Hoax!” But put that aside. Trump’s criminal reasoning has sprung into action. I can see why Donald is indignant. He takes for granted that all the financial funny business he’s committed over the years is business as usual. Manafort and Cohen operated that way. Half his Cabinet members operate that way. Most of his former Cabinet members operate that way. And many of his rich friends and foes operate that way. These simply are the rules of the road, or the rules of the rich, as Trump might say. Who among us …?

Never mind that there are plenty of ethical rich people who don’t feel the need to skirt or break — or smash — the law.

Trump probably started out small, decades ago: a little deflated income here, a little inflated asset valuation there. “No one got hurt.” “Everyone does it.” “You’re a sucker if you don’t.”

As time went by and he continued to get away with it (“It was so easy”) he saw no reason to stop. Next thing you know, Donald is stiffing Deutsche Bank for hundreds of millions in loans, declaring bankruptcy multiple times to stiff his casino investors, and stiffing the federal government for hundreds of millions of tax-fraudulent dollars. Now Trump is being snared for illegally paying an adult-film actor hush money for an episode of stiffness. Who among us …?

MSNBC’s Rachel Maddow made a good point last Thursday, extrapolating from the Trump financial statements Michael Cohen brought with him last week to corroborate his congressional testimony. Donald owns a mansion in Bedford, New York, that was assessed at $18.9 million in 2013. On his 2012 financial statement, however, he valued the mansion at $291 million, apparently to convince banks of his creditworthiness. What happened to the house a year later in 2013? Roaches? Termites? Black mold?

Trump revalued the house at a more realistic $18.9 million when he no longer needed the phony inflated valuation. Who among us hasn’t boosted our home assessment by a few (hundred) million to get that private jet loan or buy an NFL team?

For most of us this is a crime: bank fraud. For Donald it’s just how things are done. “You peons, the little people, don’t understand. The rules are different for me.”

The House Ways and Means Committee was going to wait for the special counsel’s report before seeking President Trump’s tax returns. After Cohen’s testimony last week they’re not waiting. “Hoax!”

Mr. Trump explained the unfairness of it all:

“Unfortunately, you put the wrong people in a couple of [government] positions, and they leave people for a long time that should not be there, and all of a sudden they’re trying to take you out with bullsh*t.”

All this has developed just this week.

But Donald is not worried. If anything, these are nothing but penny-ante offenses being used to drive him from office illegally — an “administrative coup,” as Sen. Lindsey Graham (R-S.C.) would say. “Presidential harassment,” as Trump would say.

And that Bedford mansion is worth $291 million. Who among us …?■