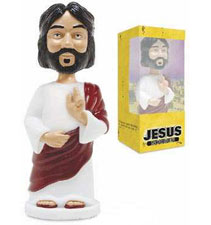 [PAT ROBERTSON]: “President Trump is in danger of losing the mandate of heaven [over his Syria withdrawal].” This means God is OK with the other stuff: serial sexual assault; caging children like animals; ripping thousands of children from their parents, many permanently; depriving life-saving treatment for immigrants; allowing irreversible damage to Earth; reversing life-saving regulations to protect workers and consumers; and taking health care away from working-poor families. But the one thing God WON’T stand for — the one thing that could cause Him to withdraw His Jehovian mandate from Donald — is the deaths of Christian Kurds who have helped U.S. forces fight ISIS. Because ISIS threatens Christians. And others, I assume, are good people. Don’t get me wrong: Fighting ISIS and protecting Christian (and other) Kurds who have helped protect us is a good thing. I’m just glad that Pat (and God) draw the Trumpian heavenly mandate line somewhere. (scroll down for full article)


“I believe … the President of the United States is in danger of losing the mandate of heaven if he permits this to happen. … The president, who allowed [Washington Post columnist Jamal] Khashoggi to be cut into pieces, without any repercussions whatsoever, is now allowing the Christians and the Kurds to be massacred by the Turks.”

So President Donald Trump has a mandate from heaven — and he might lose it over his troop withdrawal from Syria, according to self-appointed Jehovian mouthpiece Pat Robertson.

The president made news Sunday when he decided to pull U.S. troops out of northeastern Syria, which borders Turkey. He has toyed with this idea for many months, causing last-remaining-Trump-administration-voice-of-reason Defense Secretary James Mattis to resign in protest last December. Immediately after a call with Turkish President Recep Tayyip Erdoğan last Sunday afternoon, and with no consultation with his advisers, Trump pulled the trigger. He did this to please Turkish president Erdoğan (there are two Trump hotels in Istanbul), please Russian president Putin who wants more influence in the region, distract from his impeachment saga, or all three.

One of the day’s headlines came from a quote by a National Security Council official: “Trump Got ‘Rolled’ and Outmaneuvered by Erdoğan.”

The primary problem with this troop withdrawal is that our Kurdish allies, who have fought alongside U.S. forces and led the fight against ISIS in the region for the past several years, now are left possibly to be annihilated by their enemies, the Turks. Turkey hates the Kurds more than it hates ISIS. GOP leaders have found their vertebra on Syria and joined with Democrats to slam Trump for his rash, foolish foreign policy shift.

Let’s review what Pat Robertson means by Donald possibly losing his “mandate of heaven” — that is, if the Holy Spirit hasn’t withdrawn it yet. This heavenly mandate means that everything Trump has done so far is ordained (or excused) by God to achieve some ultimate Yahweh-alicious goal.

Donald had a mandate from God to put thousands of migrant children in cages, without basic hygiene, medical attention, or beds because they should have stopped their desperate parents from seeking a better life in America.

Donald had a mandate from God to create lifelong emotional trauma in thousands of migrant children by separating them from their parents for weeks or months. Just for kicks, God mandated that many hundreds of those children get lost in the system and never be reunited with their families again.

Donald had a mandate from God to send many sick migrants back to their countries of origin who had deportation exemptions so they could receive life-saving medical treatment only available in the U.S. But then God had to back down because even many Christians and other good people fought the Jehovian efforts to sentence these immigrants to needless deaths.

Donald had a mandate from God to eliminate all U.S. government efforts to fight climate change and protect the environment — to keep American residents, workers, and consumers safe — so Donald could participate in corrupt financial backscratching with his rich corporate friends. You’ve heard of the “prosperity gospel”? God erased the part in the Bible about stewardship of His grace and creation.

Donald had a mandate from God to take health care insurance away from many of those who now have it because “God helps those who help themselves” (and those who inherit $400 million from their rich daddies, i.e., those born on third base thinking they hit a triple).

Donald had a “populist” mandate from God to fool working people into thinking he supported them. God threw that one in because he’s a fun-loving practical joker.

Let’s recap. Pat Robertson says God is OK with — and even mandated — the following: serial sexual assault; massive caging of children like animals; ripping thousands of children from their parents for weeks and months, many permanently; depriving life-saving treatment for certain immigrants on a whim; allowing irreversible damage to Earth; reversing life-saving regulations to protect American workers and consumers; and taking health care away from millions of working-poor families.

But the one thing God won’t stand for — the one thing that could cause Jehovah to withdraw His heavenly mandate from Donald — is the deaths of Christian (and maybe some other) Kurds who have helped U.S. forces fight off ISIS for the past few years. Because ISIS threatens Christians. And others, I assume, are good people.

[RECAP]: 10/2/2019 — Trump melts down under impeachment pressure; two press appearances, including with Finland leader, are his worst (most angry and vicious), even by Trumpian standards

10/3/2019 — Trump fired U.S. ambassador to Ukraine Marie Yovanovitch in May at Rudy Giuliani’s urging; she was interfering with efforts to convince Ukraine to investigate Bidens

10/3/2019 — Two U.S. diplomats tried to get President Volodymyr Zelensky to sign their document and publicly acknowledge Biden probe was underway, one month after Trump-Zelensky call

10/4/2019 — Sen. Ron Johnson (R-Wis.) said EU ambassador Gordon Sondland told him in recent months there was a Trump-Ukraine quid pro quo, causing Johnson to call and confront the president, who denied it

10/6/2019 — Trump pulls U.S. troops from Syria after call with Turkish president; has no consultation with his advisers; GOP leaders in uproar

10/7/2019 — GOP issues talking point: Trump was “kidding” about calling on China to investigate Bidens; Trump has NOT said he was kidding

10/8/2019 — White House sends Congress 8-page letter spelling out its refusal to cooperate with the “illegitimate impeachment inquiry”; essentially says sitting president can’t be investigated for anything

10/9/2019 — Trump pushed then-Secretary of State Rex Tillerson to pressure DOJ to drop a case, a 2017 probe of a Turkish Rudy Giuliani client