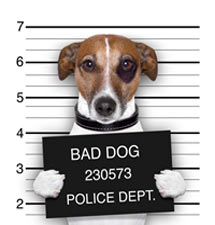 [It is a testament to the man, Donald J. Trump, that journalists of the utmost integrity finally decided they had no choice but to use the words: President Trump is a liar and a racist]

“This [Nunes, House GOP] memo totally vindicates ‘Trump’ in probe. But the Russian Witch Hunt goes on and on. Their (sic) was no Collusion and there was no Obstruction (the word now used because, after one year of looking endlessly and finding NOTHING, collusion is dead). This is an American disgrace!”

“The Nunes memo is a dud. … The memo proves that the infamous Christopher Steele dossier did not serve as the impetus for the FBI’s investigation of the president, nor does it reveal that the reasons for putting Carter Page, a Trump campaign foreign policy advisor, under surveillance were illegitimate.”

“Donald Trump said that he ‘would love to’ talk under oath to Special Counsel Robert Mueller. … ‘I would do it under oath, absolutely,’ Trump told reporters in a surprise appearance at a briefing Wednesday at the White House, and suggested that it might happen in two to three weeks. ‘I’m looking forward to it.’”

“Lawyers for President Trump have advised him against sitting down for a wide-ranging interview with the special counsel, Robert S. Mueller III … raising the specter of a monthslong court battle over whether the president must answer questions under oath. His lawyers are concerned that the president, who has a history of making false statements and contradicting himself, could be charged with lying to investigators.”

First, “This [Nunes, House GOP] memo totally does [not] vindicate ‘Trump’ in probe.” Does not. And almost every political and legal expert other than the sycophants at Fox News knows it. (I know sycophant has been getting a good workout lately in the media, but it’s so apropos in this case. I’ll try to use restraint in the future. But hey, give me credit for my absolute refusal to use “nothing burger” or “there’s no there there.”)

Second, though the president would love us to believe he is fighting his lawyers to talk to Mueller, this is clearly a media manipulation and public relations tactic. The proof is in the fact that virtually all right-wing pundit Trump supporters are urging him to avoid sitting down with Mueller at all costs because they know The Donald will not be able to keep himself from lying.

Donald Trump’s persona, dating back to the 1980s, is based upon his willingness to use “truthful hyperbole,” as his ghostwriter — I mean, “co-writer” —  wrote in his book The Art of the Deal. Mr. Trump’s skills in artful artifice came to national prominence during President Barack Obama’s first term (2009-2013). Donald near-single-handedly launched the “birtherism” campaign, which perpetuated the blatant lie and conspiracy theory that Mr. Obama was not born in America, not a U.S. citizen, therefore, not eligible to be president.

Mr. Trump has only ramped up his affinity for mendacity in the years since. He kicked off his presidential campaign in 2015 with several flaming whoppers. He’s increased them to a level at which he can’t stop himself. He lies when his false statements are known universally to be false. He lies when it’s unnecessary. These are clear signs of pathology.

The mainstream, legitimate media made quite a big deal out of it in late 2016 and early 2017 when several prominent news outlets overcame precedent and decided they had to start using the words lie and liar when dealing with candidate, then President, Trump.

“As expected, Donald Trump’s often blatant disregard for accuracy has not moderated itself any now that he has become the 45th president of the United States. In just the last few days, he has made multiple statements that are clearly false, including comments about the size of the crowd at his inauguration and — more importantly — whether millions of people illegally voted in the election.

“This behavior has sparked a kind of existential debate within the U.S. news media: How should a news organization respond when the president makes false statements or repeats unsupported claims? Is it ever appropriate to use the word ‘lie’ in such circumstances?”

Morning Edition co-host Mary Louise Kelly inspired much of this debate with her January 2017 National Public Radio declaration: “[The Oxford English Dictionary definition of a lie is] a false statement made with intent to deceive. Intent being the key word there. Without the ability to peer into Donald Trump’s head, I can’t tell you what his intent was.”

NPR brass backed her up:

“NPR’s senior vice president for news, Michael Oreskes, says NPR has decided not to use the word ‘lie’ and that Kelly got it right by avoiding that word: ‘Our job as journalists is to report, to find facts, and establish their authenticity and share them with everybody. It’s really important that people understand that these aren’t our opinions. … These are things we’ve established through our journalism, through our reporting … and I think the minute you start branding things with a word like ‘lie,’ you push people away from you.’”

At the time, reactions to this stance ran from agreement to strong disapproval:

“I think if you start ascribing a moral intent, as it were, to someone by saying that they’ve lied, I think you run the risk that you look like you are … not being objective.”

“Journalists are running out of euphemisms to say ‘Trump lied.’ These are not mistakes he’s making. He’s lying on purpose. Repeatedly.”

The New York Times put the first crack in the damn. On September 16, 2016, they printed a front-page headline about candidate Donald Trump’s news conference announcement that he was abandoning his birther position promoting the myth that President Obama was foreign-born and not a legitimate president: “Trump Gives Up a Lie but Refuses to Repent.” Many journalists and commentators were appalled and said a headline like this is appropriate only on the editorial page. The Times stood its ground.

Note that while giving up one lie, candidate Trump let loose another flame-broiled three-quarter pounder: “Hillary Clinton and her campaign of 2008 started the birther controversy. I finished it.” This one has been thoroughly debunked and repudiated, even by numerous Trump supporters.

The 2016 Times headline metastasized debate among legitimate media organizations about using the word lie, and arguments continued into the next year. By mid-2017, however, it was widely accepted that while reporting on this president — an Olympian marathon prevaricator — accurate, honest news coverage must be willing to call out a lie and a liar when warranted. Many other outlets have followed The Gray Lady, at least for the most obvious and egregious falsehoods.

The New York Times continues to be the most bold, periodically updating an article entitled simply “Trump’s Lies” (which are meticulously researched and currently number in the many hundreds). The Washington Post tones it down a little, calling its collection a list of “false claims” (currently topping 2,000), though its editors will not back down from the “L” word when necessary.

“Kid, when a dog bites a man, that’s not news, because it happens all the time. But if a man bites a dog, that’s news!”

(anonymous old-timey newspaper editor; sometimes attributed to Harmsworth, Alfred or Bogart, John or Dana, Charles Anderson, or Perry White to Jimmy Olsen — no one knows for sure.)

Now Donald has another first about which to brag. No less an authority than the United Nations has determined that, indeed, President Trump is a racist. Moreover, similar to solving their quandary about using the word lie to describe Trump’s lies, the media have decided the president’s racist actions and statements finally warrant use of the word racist in describing him. This is due to his recent characterization of Haiti, El Salvador, and countries of Africa as “sh**hole countries.” “Sh**hole countries” was finally enough to put Donald over the should-we-say-racist finish line.

The Nixon administration sued Trump’s (and Daddy’s) real estate company in the 1970s for discriminating against African-American renters and giving preferential treatment to Caucasians.

Trump Plaza Hotel and Casino President John R. O’Donnell quoted The Donald in his 1991 book, Trumped: “Black guys counting my money! I hate it. The only kind of people I want counting my money are short guys that wear yarmulkes every day.” Mr. Trump elaborated: “I think that the guy [employee in question] is lazy. And it’s probably not his fault because laziness is a trait in blacks. It really is, I believe that. It’s not something they can control. … Don’t you agree?” In a 1997 Playboy interview, Trump admitted, “The stuff O’Donnell wrote about me is probably true.”

On the day in June 2015 when he launched his 2016 presidential campaign, he called Mexican immigrants “criminals” and “rapists.” This was not enough.

In December 2015, candidate Trump called “for a total and complete shutdown of Muslims entering the United States until our country’s representatives can figure out what the hell is going on.” This was not enough.

In February 2016, David Duke, former Ku Klux Klan leader and well-known white supremacist, endorsed Trump for president. Donald would not disavow Duke. This was not enough.

During May-June 2016, candidate Trump repeatedly, publicly disparaged the judge overseeing the fraud case against Trump University. This was the heretofore low-profile, highly respected, American-born Judge Gonzalo Curiel. Donald called him a “hater” who was issuing biased rulings because he is “Hispanic” and “Mexican”: “I’m building the wall. I have a Mexican judge. … He should have recused himself.” This was not enough.

In one of the October 2016 presidential debates with Hillary Clinton, candidate Trump said, “Our inner cities, African-Americans, Hispanics are living in hell because it’s so dangerous. You walk down the street, you get shot.” To African-American voters he said, “You’re living in poverty; your schools are no good; you have no jobs.” This was not enough.

In June 2017, President Trump said immigrants from Haiti “all have AIDS” and that Nigerians, once they saw America, would “never go back to their huts” in Africa. This was not enough.

He called white supremacists and neo-Nazis “very fine people” after the August 2017 Charlottesville, Virginia, Confederate statue protests and murder of an anti-Nazi counterprotester. The president said there were “good people on both sides, on both sides.” This was not enough.

President Trump has repeatedly retweeted white nationalist messages. This was not enough.

The sum of transgressions on The New York Time’s “Definitive List” (see link below) and more were not enough for legitimate news outlets to warrant using the word racist in print or on air. Nothing was enough until Jan. 11, 2018, when — during a discussion with aides about immigrants from Haiti, El Salvador, and African countries — Donald asked, “Why do we want all these people from sh**hole countries coming here?”

Bravo, media. CNN and MSNBC anchors, The New York Times, The Washington Post, and others finally stepped up.

To their journalistic credit, these iconic news organizations have been incredibly reluctant during their existence — over decades or centuries — to use the extreme, loaded terms liar and racist to characterize a president. It is a testament to the man, Donald J. Trump, that journalists of the utmost integrity finally decided they had no choice.

President Trump is a liar and a racist. ■