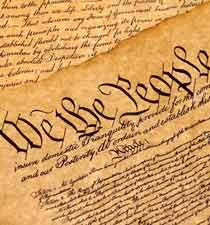 [Don’t let the intricacies of the Trump-Russia affair make your eyes glaze over; keep an open mind and when the time is right, pay attention — your country depends on it]

Before I get into my normal Trump stuff, let me say this: Obviously, our nation is reeling, again, from a mass shooting. This time it took place at a Florida high school. Again, the NRA and their Republican supporters (and campaign donation recipients) in Congress are sending all of the “thoughts and prayers” they can muster. The Onion, normally sarcastic, sardonic, and satiric, has a standard headline they print when these shootings happen: “‘No Way to Prevent This,’ Says Only Nation Where This Regularly Happens.” The NRA and the GOP will say tragedies like this should not be politicized. But they must be. The only hope for changing our deadly gun laws is to elect Democrats and Independents to Congress and state houses — and governorships and the presidency.

The Trump-Russia collusion and obstruction of justice investigation is extremely complicated. It’s right up there with the intricacies of Watergate in the 1970s and Whitewatergate (as I like to call it) in the 1990s. There are multitudinous names, places, documents, and events to keep track of. If you don’t follow the news every day, it’s tempting to consider each development you do hear about as just more political noise. This is exactly what the Trump White House wants you to do.

The Watergate investigation uncovered massive government corruption emanating from the Nixon White House. This corruption and subsequent investigation did test our Constitution — which passed that test.

Most Americans did not start paying attention to President Richard Nixon’s crimes until the televised House Judiciary Committee impeachment hearings began in early 1974. The daytime soap operas and game shows were preempted, and people gathered ‘round TVs at home and at work. The United States government was in crisis and finally the citizenry was taking note.

President Nixon took office in January 1969. The Watergate suite of crimes started with a political break-in at Democratic National Committee Headquarters (in the Watergate Office Building) in June 1972. Nixon resigned Aug. 8, 1974, effective the next day. He reached this decision after the House of Representatives passed the first of three articles of impeachment July 27, 1974. Within a week or so, several Nixon allies in the Senate visited the White House to inform him that he no longer had enough support to survive an impeachment trial.

At one year in, the Trump administration is collapsing. There is enough evidence of collusion, conspiracy, and obstruction of justice, just from what is publicly available, to indict Donald, several aides, and likely a family member or two. In fact, President Trump has brazenly committed so many of these acts publicly (or in a manner easily susceptible to leakage) that many casual news consumers think they must not be illegal, otherwise he would hide them (or hide them better).

But that is the president’s strategy. He creates new crises, new distractions almost every day. Each new outrage buries the previous one until it’s all a blur to the average American. Throw in a good measure of false equivalency (“both sides are bad, both sides do it”) and he’s muddied the waters so much that most of the electorate throw up their hands because they cannot see clearly who’s right or wrong. Many citizens also come to believe (mistakenly) that no one person could be as bad as Mr. Trump has been reported to be.

If you are part of the 30-some percent of Trump’s base, you are no longer reading this (if you ever started). If you are a soft Donald supporter, former Trump voter with buyer’s remorse, or somewhere in the middle, please keep an open mind about the Russia investigation. Sure, there might be nothing there, in which case it will all work out. Our Constitution has never allowed an innocent president to be brought down, certainly by anything like a conspiratorial “deep state.”

Conversely, there might be something to Trump-Russia. As mentioned, even certain things Trump World has admitted to indicate there’s a very good chance evildoers did wrongdoings (— thanks to W.). Either way, we could be looking at a Trumpian attempt to undermine our traditional form of checks-and-balances government and a gross abuse of presidential power. At the very least, we know there was (and will be more) infiltration into our electoral system by a foreign adversary. Six heads of the top U.S. intelligence agencies testified as much before Congress this week (notwithstanding the president’s continued denials).

There is legitimate reason to suspect the Trump campaign might have helped the Russians interfere with our elections.

Remember that the special counsel has obtained indictments of four significant players from Trump’s team. And two of them have accepted a plea deal (with a third close to a deal). They’ve pleaded guilty to a fraction of the crimes they’ve actually committed, in exchange for telling Special Counsel Bob Mueller what they know about the other crimes committed in Trump World. One does not plead guilty to crimes — to garner a much lighter sentence than they otherwise would be eligible for — if there’s nothing there.

Donald Trump and his White House are getting desperate. They are not acting innocent. They’re acting guilty. Trump has done things that many pundits said he would never do, such as firing FBI Director James Comey, attempting to fire Special Counsel Robert Mueller, attempting to fire Attorney General Jeff Sessions, declining to release the House Intelligence Committee’s Democratic memo (after releasing the Republican memo), and so on.

He’s threatening to fire Deputy Attorney General Rod Rosenstein and put in his own partisan who will oversee (read: limit) Mueller’s investigation. Never mind that Rosenstein was Donald’s original partisan.

Pundits have said Donald would not do these things because doing them would make him look guilty. But assume you’re President Trump and you are guilty. In this case, nothing — even looking guilty — is worse than being guilty and being brought down by the law. This is why he’s doing desperate things.

Add to this the obsequious kowtowing to Russia and its president, Vladimir Putin, on a variety of issues. Trump does not hesitate to criticize any country or world leader — except Russia and Putin. Additionally, Donald’s seemingly illegal and Constitution-busting refusal to implement congressionally passed sanctions on Russia for interfering in the 2016 election (again, which Trump still vehemently refuses to acknowledge) gives the clear indication that Mr. Putin has something on Mr. Trump.

If Donald and company have committed crimes, we might have to wait until Democrats take back the House before any articles of impeachment are passed. I’m still hopeful, however, that the full level of criminality and corruption in Trump’s campaign, transition, and presidency will be made public this year. I’m hoping once Mueller submits his final Russia probe report — laying out Trumpian offenses rising to an undeniable level of egregiousness — that even current congressional Republicans will have no choice but to ensure justice is done.

Watergate tested our Constitution when the Supreme Court had to step in and order Nixon to honor the congressional subpoena of his White House tapes. President Nixon finally honored that subpoena. Even he still had reverence in the end for constitutional order.

(Maybe tapes will surface from the Trump White House. Nothing is too far-fetched in this administration. We can dream.)

President Trump’s lawyers are balking at allowing him to submit to questioning by the special counsel. In a Trump-Russia constitutional test, the Supreme Court once again might have to step in and order Donald to honor a subpoena to sit for an interview with Robert Mueller’s team or testify before Mueller’s grand jury.

What if President Trump refused to follow the Supreme Court order?

They say everyone has a price, a certain amount of money for which they’ll accept otherwise personally unacceptable behavior. The GOP also has their price, accommodating unacceptable behavior from President Trump to extend his reign as long as possible, to get their pet policies and legislation through. But do congressional Republicans have any bottom limit for accepting illicit presidential behavior, a nadir below which they will not allow even Trump to descend without consequences?

Note:
Bill Moyers is one of the most respected journalists in the 20th and 21st centuries. His media group maintains an up-to-date, unbiased, and factual timeline of the pertinent events related to the Trump-Russia investigation. I urge all Americans to bookmark this site (see link below) for reference.

Trump-Russia Timeline (Bill Moyers)
2/14/2018 | “‘No Way to Prevent This,’ Says Only Nation Where This Regularly Happens”