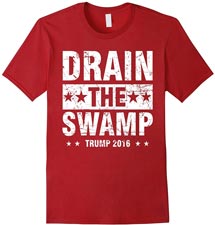 Former Trump campaign Chair Paul Manafort has been on trial for the past two weeks. Last Monday the prosecution rested. The day after, the defense rested without calling a single witness or presenting a case. The day after that, President Trump tweeted. He never rests.

Paul Manafort and his deputy, Rick Gates, were caught up in special counsel Robert Mueller’s investigation into possible collusion and conspiracy between the Trump campaign and Russian operatives to influence the 2016 presidential election illegally. Manafort is facing a maximum of 80 years in federal prison. He decided to go to trial. Gates was facing a maximum of 70 years. He entered into a plea agreement and testified against his old boss. At even a more realistic 5-10% of that 80 years, Manafort is not in a good place.

Here is the laundry list of tax evasion and bank fraud charges laid out in the original indictment:

Count 1: Conspiracy Against the United States

Both men are charged with conspiring together and with others to knowingly and intentionally defraud and commit crimes against the United States between 2006 and 2017.

Both men are charged with conspiring together and with others to transfer funds from outside the United States to and through places inside the country without properly disclosing the transactions or paying required federal taxes.

[MAXIMUM PENALTIES: up to 20 years in prison, $500,000 in fines (or twice the value of property involved in the transactions, whichever is greater)]

The indictment alleges that … between 2012 and 2015, Manafort [and Gates] failed to disclose to the U.S. Treasury Department that [they] had a financial interest in and authority over bank accounts in a foreign country involving more than $10,000.

[MAXIMUM PENALTIES: up to 10 years in prison for each count (four for Manafort, three for Gates), $100,000 in fines (or 50% of the value of the transactions for each year encompassed in the counts, whichever is greater)]

Prosecutors allege that both men failed to register with the U.S. attorney general as foreign agents of the government of Ukraine, the Party of Regents, and [Ukrainian] President Yanukovych between 2008 and 2014.

The indictment alleges that both men made multiple false statements to federal officials in relation to their failure to register as foreign agents of the Ukrainian government.

Prosecutors allege that between November 2016 and February 2017 Manafort and Gates conspired together and caused others to make false statements and conceal crimes against the United States.

[MAXIMUM PENALTIES: up to five years in prison]

As you can see, there are many complicated charges with many intriguing subplots. One of the most interesting subplots — a microcosm for the frame of reference inherent in Trump World that assumes it’s legal if you can get away with it — is the story of Paul Manafort’s fraudulent $16 million in loans from the Federal Savings Bank in Chicago.

At trial, former bank Vice President Dennis Raico testified how other top bank officers cleared Manafort for two loans — the two largest loans ever made by that bank — though clearly the loan candidate was not qualified. Paul presented bank officials with a series of thinly veiled lies vastly overstating his income and the value of his collateral. The bank’s top dog pushed the loans through anyway.

Apparently Mr. Manafort and Federal Savings Bank CEO and Chair Stephen Calk had an inside deal, which came out during the trial. If Calk would wink at the weak and fraudulent loan qualifications, Manafort would get him a job in the Trump administration.

Stephen Calk was a Trump supporter with an interest in politics. When he heard in April 2016 that high-ranking Trump campaign official Paul Manafort was interested in a large loan, he began the unusual process of personally shepherding the loan through his bank’s channels. Manafort had just joined the campaign in March and was soon to be elevated to chair. Calk smelled an opportunity for a quid pro quo: He wanted to obtain a high-level position in government.

After a series of Calk-Manafort meetings over several months, Donald Trump was elected president. Shortly after the election, Stephen Calk sent Paul a detailed email spelling out his wish list of possible jobs he would like in exchange for granting the loan, which he knew was fraudulent. Paul Manafort — like the rest of the country — had assumed Trump would lose, therefore Manafort never would have to honor his promise to Calk. Once Donald pulled off the upset, Paul was stuck. The loan approvals still were pending. On the day the prosecution rested its case we saw the details of Calk’s wish list:

“Prosecutors allege that Paul Manafort promised … Steve Calk … a job in the Trump administration in exchange for those $16 million in loans. So, we thought that Exhibit 452 [mysteriously mentioned in court a few days ago] might have something to do with spelling that out. Well, now we have Exhibit 452, as of tonight. It does not disappoint. …

“It’s an email … to Paul Manafort from Steven Calk. Date: Nov. 15, 2016, so [it was sent] right after the election. Subject: ‘Stephen M. Calk, candidate for secretary of the Army.’ ‘Hello, Paul. Will you please review the attached document prepared at your request and advise what changes and improvements I should make? My goal is to ensure you or my designated prosper [sic] … has all of the information they need to have me successfully chosen by the president-elect. … I look forward to your response, Steve.’ He then attaches … his qualifications to be the next secretary of the Army, including his passion, also his loyalty to Donald Trump. He then attaches his resume and a nice professional head shot.

“He also [listed] his preferred ambassadorships if none of those Cabinet jobs [worked] out. First, he would like to be ambassador to the United Kingdom, followed by France, Germany, Italy, Spain, Japan, Ireland, Australia, China, United Nations, European Union, Portugal, the Holy See, Luxembourg, Austria, Switzerland, Netherlands, Singapore.

“This guy runs a teeny, tiny little bank in Chicago, but he wants to be the next ambassador to the U.N. — well, that’s his 10th choice. Also … look at the header on this page. … ‘Perspective’ — ‘Perspective Rolls.’ Not Prospective Roles. This is like a form of brioche. It should be noted secretary of education is not on his wish list. Nor was ambassador to spelling.”

Stephen Calk never did land a job in the Trump administration. While the loan applications still were in progress, and sensing he wouldn’t be able to come through, Manafort offered Calk a consolation prize:

“In one email put into evidence, Manafort wrote to Calk on Aug. 4, 2016, ‘per our conversation, I want to add you to the National Economic Advisory Committee for DJT. Is that something you would be able to do?’ The appointment was announced the next day.”

Manafort’s first loan of $9.5 million closed Nov. 16, 2016, the day after Calk sent his detailed email request for one of those lofty government positions Paul had promised him. Though Manafort had been canned as Trump campaign chair in mid-August, he did his best:

“Months after Manafort was jettisoned as Trump’s campaign [chair], Manafort on Nov. 30, 2016, sent an email to Trump son-in-law Jared Kushner recommending Calk for the Army post. ‘On it!’ Kushner replied.”

Though Paul was long gone from the campaign and definitely not going to be part of the administration, he continued to be a liaison between Stephen Calk and Team Trump — or so Calk was led to believe. Manafort certainly could show Calk his email communications with Jared Kushner.

And doesn’t Kushner seem all too willing to exert his influence for Manafort and Calk? Kushner had to know this Calk guy had no qualifications for the job. To Jared it was just another instance of scratching a rich buddy’s back when it needed scratching, part of the legal-if-you-can-get-away-with-it mindset.

Manafort led Calk on for another month until the second loan, for $6.5 million, closed Jan. 4, 2017. Stephen Calk simply was another (crooked) sucker left in Paul Manafort’s wake of fraud.

The Manafort case went to the jury today. One of the big hanging questions is why Paul didn’t enter into a plea deal in the face of overwhelming odds of conviction on at least several of the 18 charges. We might soon know.

This week saw the 44th anniversary of the resignation of President Richard M. Nixon due to his many crimes committed during the Watergate affair. Some say the ghost of Nixon was heard to exclaim from beyond the grave: “Cool, I’m out of last place.”

It was reported that U.S. officials hurriedly finalized the recent NATO deal before last July’s NATO summit — contrary to established process — so the president could not blow it up prematurely when he got there. Upon learning of this report, Trump said to his defense secretary, “I’ll get you, my pretty, and your little undersecretary, too!”

Former Trump White House token African American Omarosa began a media tour this week to promote her new tell-all book. And she has tapes. On Tuesday she claimed to have recorded conversations with Trump aides discussing the fact that they assumed the president has used the N-word and riffing on ways to spin that.