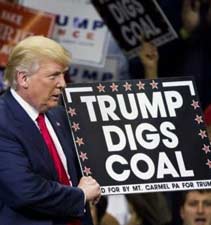 Back in 2010 I wrote a piece about far-right media pundits and their continued perpetration of climate change disingenuity upon their vulnerable (read: low-information) listeners:

“[There was a] big conservative news push last winter [2009] about the apparent contradiction of global warming and record Washington, D.C., snowstorms. We know Sean Hannity can read. His reasoning abilities are questionable but he can read. Any cursory review of global warming theory (that is, theory in the scientific sense) would reveal the following important information. First, scientists now generally call it climate change in response to these exact false assumptions — that global warming should somehow eliminate snow, which is cold. Second, a slight but still alarming increase in average global and atmospheric temperatures due to anthropogenic (human-produced) activity (polluting) does not necessarily result in warmer weather events. It results in more volatile weather events: cold is colder, heat is heatier, storms are stormier.

“Now I can take a little friendly political kidding as much as the next guy — as long as the next guy is not former Sen. Bob Dole (R-Kan., 1996 presidential candidate, and iconic curmudgeon). In good-spirited fun, I might razz you about your C-student president [George W. Bush] making up new words and misusing old ones. And you might razz me about wishing that global warming would come to Michigan in January. But the people at Fox News and EIB Network [Rush Limbaugh Productions] consistently were doing mean-spirited and intellectually dishonest joking about this for weeks. Some of them might now try to say, ‘Aww, we were just kidding.’ But they all knew that the continuous repetition of this line, wrapped in a snarky, faux humorous delivery, effectively drilled the fallacy — that global warming is a hoax — into their listeners’ heads. It’s all right if thoughtful conservatives do not agree with the principles of climate change theory. But I expect honest argumentation by them based upon what those principles actually are.”

I guess I told them. Five out of my seven regular readers vehemently supported my condemnation of right-wing taradiddle trafficking.

The phony global warming refutations never have stopped. But confidence artists like Donald Trump continue their creative attempts to discount the science and re-attribute the source of the “myth”:

“The concept of global warming was created by and for the Chinese in order to make U.S. manufacturing non-competitive.”

“For those that constantly say that ‘global warming’ is now ‘climate change’ — they changed the name. The name global warming wasn’t working”

“It’s really cold outside, they are calling it a major freeze, weeks ahead of normal. Man, we could use a big fat dose of global warming!”

The evidence for humankind causing climate change damage is virtually irrefutable. But many big-business people who suffer from conscience-ectomies — and the politicians who love them — won’t support efforts to fight climate change or even admit it exists because it might cut a few points into their enormous profits. The self-serving myopia is staggering. These old farts won’t be around to experience the ultimate damage to Earth, so they simply don’t care about the future. Donald has very young grandchildren, and he is unconcerned that they might have to wear hazmat suits to the beach when they grow up. They might have to wear scuba tanks to breathe the toxic air outside their homes, those homes continuously under threat from rising sea level — their oceanfront mansions in Kentucky and Ohio.

Anyway, Trump is at it still.

“Minnesota Sen. Amy Klobuchar stood in a blizzard on Sunday to announce her presidential candidacy. No hat. No gloves. No ear muffs. No matter, President Donald Trump wasn’t impressed. … The first woman to be elected to the U.S. Senate from Minnesota in 2006, Klobuchar added her name to a growing list of Democratic candidates. … Klobuchar announced her candidacy in fitting Minnesota fashion, braving below-freezing winter conditions at Boom Island Park on the shores of the Mississippi River. She was cheered by hundreds of bundled-up supporters, many of whom waved ‘Amy for America’ signs.”

(Kiggins, Steve; “Trump Mocks Klobuchar’s Wintry Announcement. Her Answer: ‘I Wonder How Your Hair Would Fare in a Blizzard?’”; USA Today; 2/11/2019.)

Donald Trump, legendary gentleman, mocked the woman he might have to photo op with before turning over the presidency to her:

“Well, it happened again. Amy Klobuchar announced that she is running for President, talking proudly of fighting global warming while standing in a virtual blizzard of snow, ice and freezing temperatures. Bad timing. By the end of her speech she looked like a Snowman(woman)!”

In a possible preview to Donald getting his smart-*ss clock cleaned in 2020, Sen. Amy Klobuchar (D-Minn.) responded:

“Science is on my side, @realDonaldTrump. Looking forward to debating you about climate change (and many other issues). And I wonder how your hair would fare in a blizzard?”

“Meanwhile, [Democratic Sen. Elizabeth] Warren continued her presidential campaign on Sunday with multiple stops in Iowa, suggesting in Cedar Rapids that Trump could be in jail before the 2020 election. ‘By the time we get to 2020, Donald Trump may not even be president,’ Warren said. ‘In fact, he may not even be a free person.’”

Sen. Elizabeth Warren (D-Mass.) just said what no other presidential candidate has yet to say. I agree with her: I think Donald Trump will be forced to resign the presidency before the 2020 election and might be incarcerated by then. My theory is that a deal will be made for Trump to resign in exchange for dropping or minimizing jail time for a family member or himself.

Donald’s former personal lawyer-fixer, Michael Cohen, was supposed to testify before one or more House committees this week. Committee leaders including House Intelligence Committee Chair Adam Schiff (D-Calif.) volunteered to postpone Cohen’s appearance until Feb. 28 “in the interests of the investigation,” i.e., special counsel Robert Mueller’s Russia election-interference investigation. Many political pundits and legal experts believe that implicit in this announcement by Schiff is that something big is likely to drop in the Mueller case before the 28th. Stay tuned.

This week a Mueller prosecutor’s comments in court transcripts caught the attention of every member and watcher of Trump World:

“Comments by one of Mr. Mueller’s lead prosecutors, disclosed in a transcript of a closed-door hearing, suggest that the special counsel continues to pursue at least one theory: that starting while Russia was taking steps to bolster Mr. Trump’s candidacy, people in his orbit were discussing deals to end a dispute over Russia’s incursions into Ukraine and possibly give Moscow relief from economic sanctions imposed by the United States and its allies. …

“Prosecutors have been keenly focused on discussions [Paul Manafort and Konstantin Kilimnik] had about a plan to end the conflict that followed Russia’s invasion of Ukraine and annexation of [Ukrainian] Crimea in 2014. Persuading the United States to ease or end the American-led sanctions imposed to punish Moscow for its aggression has been a primary goal of Russian foreign policy. … [The two men] repeatedly communicated about a so-called peace plan for Ukraine [including U.S. recognition of Russia’s Crimea annexation] starting in early August 2016, while Mr. Manafort was still running Mr. Trump’s campaign, and continuing into 2018, months after Mr. Manafort had been charged by the special counsel’s office with a litany of crimes related to his work in the country.

“‘This goes to the larger view of what we think is going on, and what we think is the motive here,’ [prosecutor Andrew] Weissmann said. ‘This goes, I think, very much to the heart of what the special counsel’s office is investigating.’”

The cherry on top is that prosecutors also suspect Paul Manafort of passing secret internal Trump polling data to the Russian, Konstantin Kilimnik, who passed it along to other Russian operatives. Why would they want internal polling data? The better to micro-target specific, impressionable uncommitted voters with pro-Trump propaganda (“Hillary Caught Running a Child Sex Ring,” etc.). In the likely heavily targeted states of Michigan, Wisconsin, and Pennsylvania, Trump won by a combination of under 78,000 votes out of almost 14 million cast (about 0.6%). These three states put him over the top.

Oh, and Paul lied when he said he did not receive $125,000 funneled to him through a pro-Trump Super PAC to help with his legal fees. He did. One more: Paul falsely changed his story about a separate DOJ investigation involving the Trump campaign — or administration (we’re not sure which because this still is redacted).

Manafort’s deliberate lies to prosecutors while he was supposed to be cooperating means he has blown up his plea deal. The judge ruled on that yesterday. Instead of facing a possible 7-to-10-year punishment, Paul now is looking at sentencing guidelines of 24 to 30 years in prison. Observers believe Manafort willingly lied — knowing it would hurt him — to protect the Trump administration, thereby protecting his chances of a pardon.

Yesterday the Daily Beast reported that the Department of Homeland Security has cut funding drastically for its task forces working on countering future Russian election interference into U.S. voting contests. One DHS official fears that U.S. election security simply won’t be ready for 2020. Donald Trump fears that it will.

The House believes acting Attorney General Matthew Whitaker might have lied in his congressional testimony last week. They think he was not truthful when he denied any contacts with the White House about the special counsel’s investigation. The committee wants to call Whitaker back to “clarify” his testimony.

Rachel Maddow (MSNBC) made an interesting observation on her show last night. She pointed out that there has been a two-pronged theme to all of the defendant prosecutions during the Trump-Russia collusion probe: 1) virtually every legal turn has gone in favor of the prosecution; and 2) every judge in a position to see the unredacted evidence and documents has exhibited more outrage and disgust toward the defendant than the public information would seem to warrant.

Which brings us to the larger Trumpian-Shakespearean theme: There is an evidentiary mountain of which the public is not yet aware. When it drops, it will detonate like a desperately infuriate, “6-foot-3-inch” (tall for his height), “234-pound” (with a wink), BMI-a-hair-under-30 (technically overweight but not “obese” — yeah, right) president.■