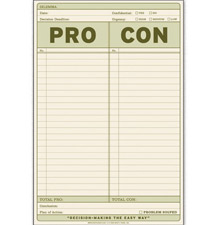 Confounding principled conservatives — and virtually all Democrats — is how currently serving Republicans have thrown their reputations out the window to support Trump. For most of them, their malfeasance is based wholly upon tweet-attack-a-phobia and self-preservation. Any daylight between a sitting GOP legislator and President Trump’s base of support spells a primary challenge in his (or much less likely, a Republican “her”) next election. So active Republican politicians are a lost cause for now. Donald fires his six-shooter near their feet, yells “Dance, partner!” and they dance. But we have an unprecedented number of nationally known political thinkers, operatives, and former elected officials who have gone on record with the belief that a sitting president of their own party is a danger to our democracy. (scroll down for full article)


This week, I wanted to review something that is on my mind often: the many conservatives, Republicans, and former Republicans who have made clear their opposition to President Donald Trump.

There is currently one sitting national GOP legislator who has come out for beginning impeachment hearings. That is Rep. Justin Amash (Mich.), a co-founder of the ultraconservative House Freedom Caucus. This man deserves a ton of credit. Many in his party have excommunicated him, and he almost certainly will lose his next House primary election.

Many more Republicans — prominent consultants, strategists, commentators, and former politicians — also have expressed their opposition to Donald as president. Granted, non-elected political professionals have much less to lose for defying this administration, but their voices still are essential. Their importance cannot be overstated.

There always have been pundits and politicians of a president’s own party who have criticized or disagreed with him. (So far they are all hims.) This is healthy. This is normal. This is democracy. But in the modern era, other than at the bitter end of Richard M. Nixon’s administration, we have not seen this Trumpian level of same-party resistance to a current president’s behavior, policies, and corruption. And even the bulk of Nixon’s GOP detractors didn’t detract until the infamous smoking gun tape was uncovered prompting the dam to break.

Today, an unprecedented number of prominent members of a commander in chief’s own party want him gone.

Confounding these principled conservatives — and virtually all Democrats — is how currently serving Republicans have thrown their reputations and ethical currency out the window to support Trump. For most of them, their malfeasance is based wholly upon tweet-attack-a-phobia and self-preservation. Any daylight between a sitting GOP House representative or senator and President Trump’s base of support spells a primary challenge in his (or much less likely, a Republican her) next election. So active Grand Old Party politicians are a lost cause for now. Donald fires his six-shooter near their feet, yells “Dance, partner!” and they dance.

But we have upwards of 40 — and still counting — nationally known political thinkers, operatives, and former elected officials who have gone on record with the belief that a sitting president of their own political tribe is a danger to our democracy.

[Those Accused or Under Investigation]

The colossal, galactic hypocrisy of the Trump “Drain the Swamp” slogan should be enough, alone, to convince any fence sitters that this president is a colossal embarrassment and galactic danger to our country.

As always, there is a plethora, a surfeit, a superfluity — and many other synonym-alicious words for a lot — of disturbing Trump-related news this week. It never stops. And it will never stop until he’s removed. See my list of headlines for an overview. Three stand out:

“Over the past few weeks, Chao has come under scrutiny for other actions that appeared to be a possible conflict of interest. [She has yet to divest her holdings in a large road-building materials company, which benefits every time the Trump Administration mentions ‘Infrastructure Week.’] … Chao attempted to arrange for members of her family — who own a major shipping company in China — to travel with her on a 2017 government trip to China and sit in on official meetings with her, but ended up canceling the trip altogether when officials from the State and Transportation Department raised ethics concerns.”

Kim Jong Un’s Half-Brother Was CIA Informant; Trump Publicly Declares to Kim That He Wouldn’t Have Allowed This “under my auspices” (6/11/2019)

“Asked about new reports that Kim [Jong Un]’s half-brother, Kim Jong Nam — who was murdered with VX nerve agent in Kuala Lumpur airport in 2017 — had been a CIA informant, Trump said he would not have allowed that to happen. … ‘I would tell [Kim] that would not happen under my auspice, that’s for sure. I wouldn’t let that happen under my auspices,’ Trump said. It was the latest occasion on which Trump has appeared to side with an adversary over U.S. intelligence. In July last year, he made clear he believed President Vladimir Putin’s denials over U.S. intelligence assessments that Russia had interfered in the 2016 U.S. presidential elections.”

“‘If somebody called from a country, Norway, [and said] “we have information on your opponent” — oh, I think I’d want to hear it. It’s not an interference, they have information — I think I’d take it,’ Trump said. [He continued,] ‘If I thought there was something wrong, I’d go maybe to the FBI — if I thought there was something wrong. But when somebody comes up with oppo research, right, they come up with oppo research, “oh let’s call the FBI.” The FBI doesn’t have enough agents to take care of it. When you go and talk, honestly, to congressmen, they all do it, they always have, and that’s the way it is. It’s called oppo research.’

“‘Somebody comes up and says, “hey, I have information on your opponent,” do you call the FBI?’ Trump responded. ‘I’ll tell you what, I’ve seen a lot of things over my life. I don’t think in my whole life I’ve ever called the FBI. In my whole life. You don’t call the FBI. You throw somebody out of your office, you do whatever you do,’ Trump continued. ‘Oh, give me a break — life doesn’t work that way.’

“‘The FBI director said that is what should happen,’ [ABC News Chief Anchor George] Stephanopoulos replied. …

“‘The FBI director is wrong, because frankly it doesn’t happen like that in life,’ Trump said.”

(Bruggeman, Lucien; “‘I Think I’d Take It’: In Exclusive Interview, Trump Says He Would Listen if Foreigners Offered Dirt on Opponents”; ABCNews.com; 6/13/2019.)