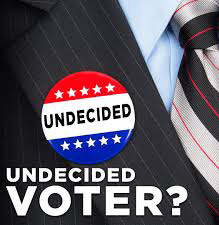 You know, I’m really undecided about this election. They say it’s the most important election of our lifetimes. But I’m just not sure. So I did some reading and some talking to a smart friend. Here’s what I found out.

— World abortion rates are rising under Trump because he not only cuts money for abortion services, he cuts money for birth control — resulting in more unwanted pregnancies in “Nambia” or “NAMBLA” or other sub-Saharan African countries whose names he mispronounces — which means more abortions, legal and backroom. (I learned this after finding a copy of the scientific journal The Lancet stuck to my latest issue of People magazine.)

— Trump’s corrupt leadership has allowed half our pandemic deaths to be avoidable. The U.S. fatality rate is five times the world average. I found this online while searching for my lottery numbers, a great site called GraniteWord.com. The guy who writes that thing is smart. He laid it all out. All Donald had to do was stop worrying about the stock market. But he was afraid the economy would crash and he’d lose reelection. So he played down, belittled, and lied about the virus. Anyway, the important people who say so are Dr. Irwin Redlener, MD (Columbia University National Center for Disaster Preparedness director); Dr. Vin Gupta, MD (University of Washington Institute for Health Metrics and Evaluation professor and global health policy expert); Columbia University disease modeling researchers; and the Center for Systems Science and Engineering at Johns Hopkins University.

— Donald has taken thousands of crying children away from their parents to make a point. He’s separated some 5,400 migrant minors — including babies and toddlers — from their parents for months, locking them up in squalor, 6-year-olds wailing for their mothers and fathers, causing lifelong-lasting trauma. (My friend says the Physicians for Human Rights calls this technically torture.) I also heard hundreds have been separated permanently through government screw-ups — immigration authorities failed to keep track of where they sent the kids. 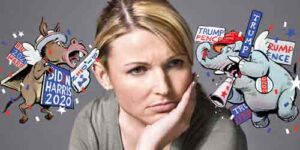 — Donald’s illegally making real money off being president. He fools his followers by not taking the $400,000 annual presidential paycheck. But I read that by using and abusing the presidency through emoluments clauses violations, he reaps 20 times that amount annually. He does this mostly through solicitation and acceptance of domestic and foreign money into his businesses. In the past few weeks, his now-not-secret tax records showed that the big spenders at his properties get the big government favors — way crookedly, not just average mutual back-scratching.

— He believes Putin over his own government. And he has consistently sucked up to Vlad for four years. My smart friend told me that Trump bowed to Russian president Vladimir Putin on the world stage at the Helsinki summit press conference with the two leaders. In front of God and everyone, President Trump disbelieved and discounted his intelligence experts’ unanimous conclusions that Russia blatantly interfered with our 2016 election. The Donald disgracefully, pitifully accepted Putin’s lame denial of, “Don’t look at me, I didn’t do it.” On top of that, Trump has been afraid to confront Putin after our CIA found out the Russian leader was paying big money for American deaths in Afghanistan. Can you believe that crap?!? 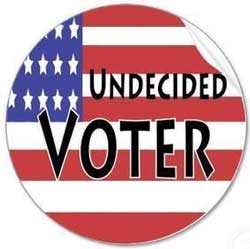 — Donald is an unindicted co-conspirator — a criminal, free only because he’s president. He was tagged as “Individual 1” in the Mueller report court documents pertaining to the campaign finance crime that got his personal lawyer-fixer Michael Cohen convicted. Prosecutors agreed the crime did not benefit Cohen but was ordered by Trump who also laundered the criminal hush-money payments through Trump Org., probably as illegal tax deductions. Now my friend is no lawyer, but this sounds pret-ty, pret-ty hinky to me.

— He’s got 20-plus women suing him for sexual assault. Can they all be QAnon-identified anti-Trump conspirators working hard to keep the Democrat child-sex ring going?

— He extorted highly vulnerable Ukraine for dirt on Joe Biden. He called and said, “The U.S. has been very good to your country,” and he wanted the Ukrainian leader to “do me a favor, though” before Trump would release $400 million in military aid. (Congress gave Ukraine this money so they could protect themselves against Russia’s military invasion). Then he released the phone transcripts to prove it. Then he got impeached for it. Then he got acquitted by extorting Senate Republicans, i.e., “Vote against me on impeachment and I’ll tweet you out of office.” Trump said “Jump,” and GOP senators asked, “How many pounds, Sir?”

— He cheated the government and his siblings out of hundreds of millions of dollars when his father died. His sister, federal Judge Mary Trump, had to resign her judgeship to stop an ethics investigation that would have blown the lid off Donald’s crimes mid-presidency. I read in Us Weekly that she said on secret tapes that he was an “a**hole” and “can never be trusted” and “has no principles.” She was a damn federal judge! Judges don’t lie!

— Trump University and the Trump (“charitable”) Foundation had to pay millions in fraud claims. And get this: As part of the settlements, the courts ordered both scams be closed down — forever.

— Donald won’t commit to peacefully leaving office if he loses the election. And him and Senate Republicans are ramming through a Supreme Court nominee, against their own not-in-an-election-year rule — just weeks before the 2020 election — so she’ll be there to vote Trump’s way when his army of lawyers contests mail-in ballots to steal the election.

— Just for kicks, my smart friend pointed out some Fun Facts about Trump: 1) He was recorded by Access Hollywood saying he likes to “grab women by the p***y” because “if you’re a celebrity you can get away with it”; 2) He told CIA secrets to Russian visitors in the Oval Office just to show off; 3) He mocked a physically challenged reporter at a rally; 4) He’s told over 20,000 documented lies while president; and 5) He once publicly accused Sen. Rand Paul (R-Ky.) of having bad hair.

Trump says someone else has bad hair!?!

I don’t know — I’m still so undecided. The “bad hair” diss was really uncalled for. But this country needs someone to shake up Washington.

Gee, I guess I’ll have to vote for four more years of Trump. ■