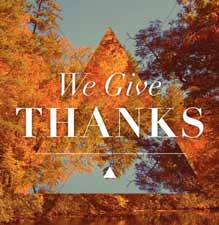 I have two things to discuss today.

First, let me address this week’s article title, “We Give Thanks: Mass Homicide Voted out – Integrity, Competence, Compassion In.”

The latter phrase needs no explanation.

Regarding the “Mass Homicide” part, MAGA supporters, please don’t give me your mindlessly reflexive TDS (Trump Derangement Syndrome) argument, that anti-Trumpers like me blindly condemn your messiah because “orange man bad.” I speak in facts and I speak in truths, albeit sometimes with a sharp edge.

“homicide: the intentional and unlawful taking of another person’s life”

And MAGA supporters, please don’t give me your guff about Donald’s own CDC and U.S. medical facilities artificially bumping up coronavirus death numbers to “get more money,” as Mr. Trump has lied to you. Frontline health care workers are overwhelmed, exhausted, and dying themselves. American hospitals aren’t giving out any raises or stock dividends for inflated pandemic deaths. Additionally, yes, many victims had other disorders, which contributed to their cause of death. But if they wouldn’t have contracted the virus, they wouldn’t have died yet. If a flood wipes out a city, even the lung cancer and heart attack deathbed patients who drowned still died from the flood.

Donald Trump — through his inaction on, and sabotage of, pandemic-fighting efforts — is responsible for a conservatively estimated 50% of U.S. COVID-19 related deaths.*

Since February, every time he played down the virus and broadcast disinformation about the pandemic’s progression, he influenced more of his followers and other low-information citizens to ignore precautions, and more people died.

— Every time he said, “I feel great, I got better and so will you,” ignoring the death toll

— Every time he conducted a superspreader rally or government get-together

— Every time he said, “Don’t be afraid of Covid. Don’t let it dominate your life”

— Every time he was without a mask in the White House, even while infected

— Every time he called the pandemic narrative a “Democrat hoax”

— Every time he demanded schools reopen without guidelines, threatening funding if they didn’t

— Every time he politicized science, suppressed data, and crushed CDC and FDA independence

— Every time he issued false solutions and assurances such as, “The virus will just disappear”

For these reasons, half the country believes ignoring and fighting coronavirus safety guidelines is a Trump-supporting political statement. For these reasons, over 130,000 Americans — many NOT MAGA supporters — have fallen victim to COVID-19 and died needlessly.

And please don’t tell me what President Trump did do. Yes, he instituted a porous China travel ban in early February (40,000 Chinese still legally entered the U.S. during the ban). Contrary to his claims of bold action, however, he had little opposition — virtually all his advisers and others agreed with the move. He simply was catching up to the rest of the world: at least 38 other countries had made the same decision. Since then, the few times President Trump has given some lip service to pandemic health precautions — with a wink, wink to his followers that he didn’t really mean it — he’s immediately obfuscated or contradicted it through disinformation or belittlement, consistently playing down the danger.

Even Ted Bundy had a lot of women friends — until he killed many of them.

Even David Duke is nice to some Black people.

Even Hitler had some Jewish relatives.

Over the past three weeks, every day the incumbent president refused to give vital pandemic data to the Biden transition team was one more day’s delay of urgent action for impeding the spread of a plague. Trump supporters still believe Donald’s clear implications that the virus is not dangerous, not serious, probably a hoax, at least way overblown. This would be bad enough if only they became infected. But as all reasonable people know, infected Trump supporters carry the virus to innocent victims.

For all these reasons, the president’s corrupt inaction has caused at least twice as many deaths as were necessary.* It is continuing, indiscriminate mass homicide.

For what purpose? To convince the country — even as fatalities were piling up and hospitals were overwhelmed — that the virus should not require safety guidelines. Safety measures would slow the economy, thereby hurting the president’s numbers in the one reelection polling category in which he was beating opponent Joe Biden, albeit by only a few points. Why no compassion even now that polling numbers are moot, now that he has lost the election? Because changing course would be a tacit admission of error, something President Trump is constitutionally incapable of — even if it would save lives. 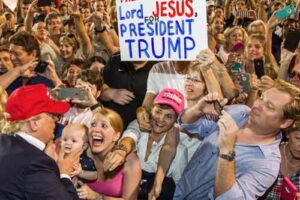 OK, this is related to Trumpism because it illustrates the malignant intersection of Trump-Republican ideology and the selfish, hypocritical faction of white evangelicalism. (This is not meant to derogate the political morality of all white evangelicals, about 20% of whom realize that rooting out a racist, venal president trying to destroy democracy trumps the single issue of abortion restriction, which has people of unswerving morality on both sides.)

What kind of parents teach their kid that all the people in a thousand-car food bank line — most out of work due to a pandemic, many visiting a food bank for the first time in their lives — have only themselves to blame for “not planning ahead”?

What kind of father teaches his children that there is no basis for considering the statistically high mistreatment and killing of Black men by police — not one scintilla of a reason — and therefore always should respond with “All Lives Matter,” effectively teaching the child racism doesn’t exist?

What kind of mother says — when her young-adult son talks about opening his mind to “both sides of the argument,” both sides of politics and current events — “Well, I don’t know about that; you gotta do what God wants you to do”?

No one has an absolute line on the Word of God for every issue that comes up in the world. Maybe God still cares about democracy? Maybe She prioritizes. Do the 80% of white evangelical Trump supporters ever think of that? Maybe God agrees we’ll have to address abortion later – after we save the country and the world from Trumpian destruction — lest there be nothing left to fight for, lest abortion, pre-marital sex, and the demand for a Christian America become moot.

White evangelical MAGA followers, if you were convinced Trump was destroying democracy — if you were to admit that to yourselves — would you still support him for the single issue of abortion? If All Lives Matter, what about the 130,000 indiscriminate homicides? If you’re pro-life, what about the post-born 5,400 migrant children psychologically tortured by caged separation from their parents in a strange land for months, many never to be reunited because of callous incompetence?

When your sons or daughters say they want to open their minds to “both sides of the argument,” both sides of politics and current events, you better damn-well encourage them. What if it was a Democratic corrupt, incompetent, amoral narcissistic psychopath in the Oval Office, falsely using the Word of God to brainwash your children instead of you?■