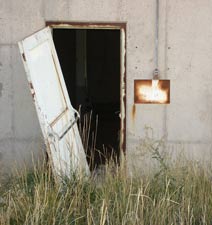 Have you ever noticed that when political pundits are discussing the North Korean threat, and they use the terms Donald Trump, Kim Jong Un, and madman in the same breath, they feel obligated to clarify that the madman in their statement is Kim Jong Un?

“Of course, an unwanted result of our president’s narcissistic cluelessness and incessant hot air is that even if Kim Jong Un assumes Trump’s threat is an empty one, it still could anger the petulant madman (Kim, that is) to initiate a deadly response.”

OK, astute readers will note that I cited myself. I know I’ve heard talking heads make this clarification, however, I can’t find a similar quote from another pundit right now. Having highlighted this issue, I’m counting on my readers to send me citations for other examples.

But my point still stands. Donald Trump is so incompetent, so unhinged in his own right, that pundits and scholars (and pundit-scholars) are compelled to ensure they keep their madmen straight. Because it would be easy to mistakenly think they were referring to Trump, the madman.

Over the past week or two, more statesmen and stateswomen also are in agreement about clarification on this point. Madman might be a premature descriptor for President Trump. But unhinged? We’re there. If you use the terms Donald Trump, Kim Jong Un, and unhinged in the same breath today, you are definitely obliged to clarify whether the unhinged person to whom you refer is Trump or Kim.

“Kim Jong Un of North Korea made a very wise and well reasoned decision. The alternative would have been both catastrophic and unacceptable!” (8/16/2017.)

Catastrophic and unacceptable! In the second tweet, Trump naively implies that his “fire and fury” and “locked and loaded” threats aimed at North Korea earlier in August compelled them to back down (as evidenced by Kim’s we’ll-wait-and-see response and five days with no new threats). But apparently, Kim Jong Un didn’t get the memo because only days later he proudly tested a missile-ready hydrogen bomb five or six times stronger than anything he’s accomplished to date.

“The United States is considering, in addition to other options, stopping all trade with any country doing business with North Korea [This means you, China].” (9/3/2017.)

“South Korea is finding, as I have told them, that their talk of appeasement with North Korea will not work, they only understand one thing!” (9/3/2017.)

“..North Korea is a rogue nation which has become a great threat and embarrassment to China, which is trying to help but with little success.” (9/3/2017.)

“North Korea has conducted a major Nuclear Test. Their words and actions continue to be very hostile and dangerous to the United States…..” (9/3/2017.)

President Trump got tough all right: by attacking our ally South Korea (who will bear the brunt of fire and fury) for “appeasement” and by threatening our trade agreement with them; and by Twitter-shaming China (who we need more than ever), threatening a trade war and their masculinity. Oh, and Trump scolded Kim, again.

Those make up only the tip of the iceberg representing Donald’s unhinged communications and actions. But don’t just take my word for it:

JAPAN:
“Trump is escalating the [North Korea] situation by effectively pouring oil on the crisis. A man who is meant to be the leader of the free world but is tweeting random thoughts in the small hours can hardly be considered completely rational. … He also seems extremely thin-skinned, aggressive, and unwilling to listen to advice, which, to me, makes him quite dangerous.”

(Watanabe, Makoto, associate professor of communications and media at Hokkaido Bunkyo University; as cited in Ryall, Julian; “Trump or Kim: Who Are You Calling Crazy? A Dilemma in Japan”; This Week in Asia; 8/20/2017.)

SOUTH KOREA:
“Opinion polls show South Koreans have one of the lowest rates of regard for Trump in the world and they don’t consider him to be a reasonable person. In fact, they worry he’s kind of nuts, but they still want the alliance.”

(Straub, David, Sejong-LS Fellow at The Sejong Institute in South Korea, former head of the political section at U.S. embassy in Seoul; as cited by Fifield, Anna; “Seoul Tries to Ignore Trump’s Criticism: ‘They Worry He’s Kind of Nuts,’ One Observer Says”; The Washington Post; 9/3/2017.)

GERMANY:
“[A Trump] America that does not care about the rest of the world and just thinks about itself does not make for a big and great country.”

UNITED STATES:
“[President Trump] has not yet been able to demonstrate the stability, nor some of the competence … to be successful. … He also recently has not demonstrated that he understands the character of this nation … [and] what has made this nation great. … [Without that] our nation is going to go through great peril [unless there is] radical change.”

Speaking of lame metaphors and clichés like “didn’t get the memo,” “tip of the iceberg,” and “don’t just take my word for it,” here’s the latest from a Trump administration so-called grownup, U.N. ambassador Nikki Haley, in response to North Korea’s recent successful test of a launchable hydrogen bomb:

“Enough is enough. The time for half-measures in the Security Council is over. We have kicked the can down the road long enough. There is no more road left.”

Now I’m not sure who writes these scripts for Haley, but can’t you just see the president having a hand in it? If he could take time to write Don Jr.’s press release trying to explain away the Manafort-Kushner-Trump Jr.-Veselnitskaya-and-other-Russian-operatives Trump Tower collusion meeting — especially when Trump Sr. is in no way connected with Russia, at all, never heard of him, wouldn’t recognize the country if it walked into his office — certainly the president might want to put his words in Nikki Haley’s mouth, for the world stage.

But how effective is this metaphor offense? We know the administration has been honing it for several months as Pyongyang has increased its testing of new and improved bombs and missiles (and President Trump):

“What we’re going to do is continue to tighten the screws. [Kim Jong Un] feels it. He absolutely feels it.”

“Kim Jong Un is starting to flex his muscles because he feels the pressure. … I think it’s a new day when you’ve got China and the United States working together on a statement to condemn North Korea. They’ve put pressure on him. He feels it. That’s why he’s responding this way.”

“Spending my 4th in meetings all day. #ThanksNorthKorea”

“Done talking about NKorea. China is aware they must act. Japan & SKorea must inc pressure. Not only a US problem. It will req an intl solution.”

“North Korea best not make any more threats to the United States … [or] they will be met with fire and fury, and frankly power, the likes of which this world has never seen before.”

And as mentioned, President Trump’s “locked and loaded” tweet came through three days later on 8/11/2017. We’re all gonna die.

To be fair, Nikki Haley’s “Spending my [July] 4th in meetings all day” tweet wasn’t part of the metaphor offense. She was trying to avoid calls from Golf Cart One suggesting more offensive metaphors.

IN OTHER NEWS: President Trump has rescinded DACA (Deferred Action for Childhood Arrivals). He said he “loves” the DREAMers but broke up with them anyway, telling them, “It’s not you, it’s me.”

Call, write, or tweet your legislators to call for Donald Trump’s resignation. This is not a metaphor. Pray for peace. Pray for impeachment.

Next week’s secret word: contrived (as in the contrived presidency and personality of Donald J. Trump).

Oh, and “Drain the swamp” everyone. ■