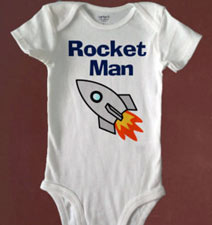 “You’re showing the world that you’re so easy with an insult … about our leader.”

Yes, Kellyanne Conway experienced A Christmas Story-style transformation. She had a midnight visit from the ghost of former “business partner” Paul Manafort, still trapped in his ethereal chains of greed and presidential campaign treachery. After Paul left, the Ghosts of Presidents Past, Present, and Yet to Come took her on a psychic journey of self-reflection and contrition. The next morning she went on Fox & Friends and pointedly criticized her boss, Donald Trump, for his five-year campaign of promoting knowingly false conspiracy theories, ignorant commentary, and, yes, numerous insults directed at “our leader,” President Barack Obama.

Kellyanne Stands Up for the Boss

All seriousness aside, Kellyanne did say these words; however, they were in criticism of the previous night’s 69th Primetime Emmy Awards, which leaned heavily on jokes at President Trump’s expense. But can you believe the blatant hypocrisy of Kellyanne Conway!? “Easy With an Insult” could be Donald Trump’s nickname, and one of the kinder ones. Insults are what he does. Insults are his trademark. And his base of in-and-out-of-the-closet, support-Trump-no-matter-what-because-he-hates-PC-like-I-do hyper tribalists love it.

Of course, the other 70 percent of Americans and probably 90 percent of world citizens are embarrassed (and frightened) by Trump’s antics. But we have this tedious set of regulations (the Constitution) that says if the guy got himself elected president, no matter by what fantastical perfect storm, we’ve got to put up with him until he is impeached and convicted, or resigns to avoid that outcome.

Kellyanne’s comments on Fox & Friends were particularly hypocritical in light of President Trump’s debut at the annual United Nations General Assembly fall meetings this week. Try to imagine what is going through the heads of world leaders and high-level foreign diplomats as they meet and shake hands with ol’ Easy With an Insult Donald on opening day, Monday. Then put yourself in their heads as they listen to our president’s first foreign policy speech to the world on Tuesday.

FallacyReporter.com has obtained exclusive access to diary entries this week by foreign leaders and diplomats chronicling their interactions with President Trump and their reactions to his speech (— writer’s embellishment).

Dear Diary: At the U.N. breakfast, I spotted President Trump across the room and he approached. Donald offered me his signature overdone handshake and said he wants to “make the United Nations great,” but he left off the again part — his way of saying it never was great, I guess. My mind wandered to his characterization of American conservative columnist Charles Krauthammer, who is paralyzed from the waist down, as “a guy that can’t buy a pair of pants.”

Dear Diary: At the meet-and-greet, I saw an orange flash from the corner of my eye, the only haircut in the room worse than mine. President Trump was armed with a recent quote from Phil Hogan, Britain’s Agriculture Commissioner. Donald shook my hand and said, “What’s this I hear about, ‘Mr. Johnson … behaving and acting and speaking strangely … his reputation is not good and he is a diminished figure in the government’?” I cleverly responded, “Yes, Mr. President. Welcome to your world, eh?” I immediately thought of my beloved Marina as I recalled a Trump tweet directed at one of his enemies: “Be careful, Lyin’ Ted, or I will spill the beans on your wife!”

Dear Diary: Though I couldn’t make it to New York, I’m watching a recording of President Trump’s UNGA address. When will he learn to use a teleprompter? He’s saying something about “we will have no choice but to totally destroy North Korea” and calling Kim Jong Un “Rocket Man.” Sure, Donald is using middle school putdowns to threaten nuclear war on 25 or 35 million innocent people, but all I can think of are his comments at a rally about Hillary returning a few seconds late from a debate bathroom break: “I know where she went — it’s disgusting, I don’t want to talk about it (Donald titters). No, it’s too disgusting. Don’t say it; it’s disgusting (Donald smiles bigly).”

Dear Diary: Today President Trump wrestled the U.N. teleprompter, and lost. He referred to “loser terrorists,” which filled my mind with “Little Marco,” “Lyin’ Ted,” “Crooked Hillary,” “Low-Energy Jeb,” “Little Katy,” and so many others. Is that all he’s got? I do like his father-daughter relationship with Ivanka, though. He speaks very highly of her: “Yeah, she’s really something, and what a beauty, that one. If I weren’t happily married and, ya know, her father …”

[MYANMAR STATE COUNSELOR AUNG SAN SUU KYI]:
Dear Diary: And I think my country has image problems. At least I can read a teleprompter without doing the robot. I’m home watching President Trump tell the U.N. General Assembly that the world faces “great peril.” But what about American women? All I can think of when I see this man is Donald talking about Megyn Kelly’s “blood coming out of her — wherever.” All because Megyn pointed out that he calls women he doesn’t like “fat pigs, dogs, slobs, and disgusting animals,” which he laughed off by replying, “only Rosie O’Donnell.”

Dear Diary: This afternoon I tried listening to the American president diss us by accusing Iran of being “out of compliance” with the nuclear deal. But all I could think about was that poor Carly Fiorina, when Trump said — in print — “Look at that face! Would anyone vote for that? … Really, folks, come on. Are we serious?”  Even the Ayatollah thinks Donald has a low opinion of women.

I think my point is clear, but let me beat a dead horse into the ground another time or two. Donald Trump is “easy with an insult.” This applies to the locker room as well as the world stage. He has no filter and no moral compass. When you add his adolescent insults to the large number of incredibly stupid policy statements, the bankruptcies, and the dishonest dealings, you have to wonder how the guy gets through life.

If he hadn’t inherited Dad’s property empire and several hundred million dollars in the 1970s, Mr. Trump barely would be able to hold together a local RE/MAX real estate office. There would be no The Apprentice, no Trump Towers, no Trump International Golf Courses, no Trump Water, no Trump Steaks, no Trump University — and no Ivanka because Ivana never would have given The Donald a second look. On the upside, no Don Jr.

Do we really believe world leaders don’t think about the blusterous Trump inanities when they’re shaking his hand — or worse, his past empty threats, when they’re across the negotiating table from him? They can’t not think about these things. Is it not obvious they must be asking themselves, Why would this guy be straight with me when he’s double-crossed so many others, including his own political party? Are they not reminding themselves that the name Trump is synonymous with lie? And are they not wondering how much longer Robert Mueller will let this guy be president?

Most frightening of all, are they not fearful of what insulting nickname President Trump will bestow on them? I mean, c’mon. I could take my country being bombed off the map with fire and fury, the likes of which the world has never seen. But please, please, Mr. President, don’t call me Rocket Man. ■