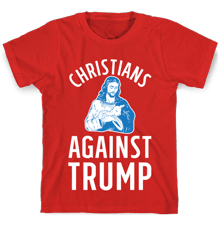 “This is as cold-blooded a statement as I can ever remember being issued by a president. … It began by saying ‘America First’ with an exclamation point, and the subtext for me throughout was values, last. … [Referring to Saudi Leader Prince Mohammad bin Salman likely ordering the grizzly assassination of The Washington Post journalist Jamal Khashoggi,] Trump said, ‘Maybe he [bin Salman] knew, and maybe he didn’t.’ But the implication was Trump didn’t really care.”

On Oct. 2, 2018, Jamal Khashoggi, an expat citizen of Saudi Arabia but resident of the United States, entered the Saudi Arabian embassy in Istanbul, Turkey. He was there to pick up papers necessary for him to marry his Turkish fiancé who waited in the car outside. Khashoggi was a journalist at The Washington Post, living in America and submitting reports critical of his home country. He had moved to the U.S. in the summer of 2017 after feeling threatened by the Saudi government over his opinion pieces criticizing Prince Mohammed bin Salman’s attempts to consolidate power. The royal family also had barred him from writing after he questioned the actions of President Trump.

Shortly after entering the consulate in Istanbul, Mr. Khashoggi was confronted by a 15-man Saudi hit squad clandestinely flown in from the homeland, including an autopsy physician equipped with a bone saw. The physician and half the other team members have or had close ties to the royal family. They tortured, strangled, and dismembered Jamal Khashoggi. His fiancé waited for him outside the building for 11 hours.

Since then, President Trump has been in a quandary: Does he hold the royal family accountable? Or does he let them off the hook? His administration has put all its Middle East policy chips on strengthening the Saudi alliance. Thirty-seven-year-old Trump adviser and son-in-law Jared Kushner famously has nurtured a personal relationship with the current (de facto) Saudi leader, 33-year-old Prince Mohammad bin Salman.

And there’s the money angle: 1) we buy oil from Saudi Arabia; 2) they buy lots of military hardware (and other stuff) from the U.S.; and 3) Donald profits heavily, personally from his business dealings with the Saudis going back decades (notwithstanding his mendacious tweets to the contrary). They bailed him out when he was strapped financially. Additionally Joe Scarborough (MSNBC) had an interesting take on this latter point yesterday: Two years from now after Trump decides not to run again (or loses), he’ll be able to sit across from the Saudis during business negotiations and say, “Remember when I had your back with that Khashoggi thing?”

Here’s how it all went down.

“Top Turkish security officials have concluded that the Saudi dissident Jamal Khashoggi was assassinated in the Saudi Consulate in Istanbul on orders from the highest levels of the royal court, a senior official said Tuesday. The official described a quick and complex operation in which Mr. Khashoggi was killed within two hours of his arrival at the consulate by a team of Saudi agents, who dismembered his body with a bone saw they brought for the purpose. ‘It is like “Pulp Fiction,”’ the official said.”

“I know [Congress is] talking about different kinds of sanctions, but [the Saudis are] spending $110 billion on military equipment. … [Sanctioning them] doesn’t help us — not when it comes to jobs and not when it comes to our companies losing out on work. … Again, this took place in Turkey, and to the best of our knowledge, Khashoggi is not a United States citizen. Is that right?”

“For the record, I have no financial interests in Saudi Arabia (or Russia, for that matter). Any suggestion that I have is just more FAKE NEWS (of which there is plenty)!”

“The CIA has concluded that Saudi Crown Prince Mohammed bin Salman ordered the assassination of journalist Jamal Khashoggi in Istanbul last month, contradicting the Saudi government’s claims that he was not involved in the killing.”

“Maybe he did [know] and maybe he didn’t! That being said … The United States intends to remain a steadfast partner of Saudi Arabia.”

It’s been well documented that authoritarian leaders around the globe have co-opted Donald’s “fake news” and “the press is the enemy of the people” messages. They’re using this theme to justify the suppression of their own press outlets through censorship and intimidation.

Now Trump has given cover to do much more than suppress the press — he’s indicated the U.S. will look the other way, past your government’s authoritarian imprisonment or murder of dissidents, if you have enough money or other loot to offer him. Of course there are many more dictators with little to offer but they’ll still take the rhetorical cover. The president has demonstrated that his America has its price for overlooking other countries’ wrongdoing. As long as they can meet that price, Donald will not fuss over trivialities like tortured-then-murdered journalists.

And if you help him become president, he’ll even excuse the annexation of a sovereign nation’s territory and the manipulation of a U.S. election.

I’ve highlighted this before: Donald has no bottom. Some thought “grab ’em by the p***y,” then disparaging a Mexican American judge’s heritage was as low as he could go. Then “there are very fine people on both sides” and migrant child torture each established new nadirs. Some gullible people will say he can’t get any worse than allowing Jamal Khashoggi’s torture and murder without a price to pay. They are wrong.

“[Donald Trump has] recently come to accept a relationship with Christ [and is now] a baby Christian.”

“I remember when I accepted Christ, it took me two years to begin to understand what God did in me. Two years.”

OK, the president has had his two years and more. Any evangelicals who ever swallowed the Donald “baby Christian” crap in 2016 must now admit that Trump is the worst baby Christian since Paul’s brilliant marketing campaign saved a dying religion at the end of the first century. (He won the elimination of circumcision as a prerequisite for membership — a big hit with prospective baby-Christian men — and launched the all-time greatest branding campaign in product-marketing history: promoting the then-ubiquitous event of crucifixion as the world symbol of Christianity. Madison Avenue has nothing on Paul.)

In 2016, 81% of white evangelicals voted for Trump. The good news is that 19% did not. Nineteen percent were not manipulated by the epic hypocritical campaign of white evangelical leaders to push their corrupt, amoral candidate. It’s like the authoritarian Christian patriarch who goes to Bible college and learns to preach, only to be ridiculed behind his back by family who clearly see the colossal hypocrisy — the guy does not live Christian values at home and the household is miserable. Nineteen percent of the American white evangelical family was not fooled by the hypocrisy. But they — like the rest of us — remain miserable under Trump.

“After weeks of hemming and hawing, the White House put out a statement Tuesday from Trump making clear that for the murder of Khashoggi — who lived in Virginia, was a permanent U.S. resident, and had children who are U.S. citizens — the Saudi regime will face no consequences. Zero. Not even a slap on the wrist.”

Because of President Trump’s actions, people will die around the world. If you compliment the president and send support and money his way, you can get away with murder, literally. The Saudis know this. White evangelical leaders know this. And now the world knows this.■