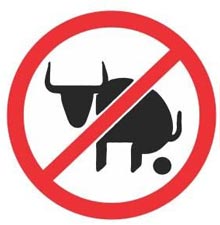 ~SUMMARY~
I’m treating readers to my Top 10 liberal responses to Trump, GOP bullsh*t. Play the home game. Impress your friends. Shut down Uncle Ed and his MAGA hat at the next family barbecue. President Trump has exacerbated exponentially the three concurrent, massive crises of our time: 1) caused needless pandemic deaths with no end in sight; 2) ignored, then patronized, then inflamed the BLM civil rights movement; and 3) pushed the nation further into depression-era economic numbers. He’s also conspired with AG Barr to “go easy” on political buds. How did we get here? Enabling by invertebrate Republican representatives and senators. Do NOT forget that. If even a few of them had not been obsessed with their own reelection and future standing at the (country) club, Trumpian destruction of governing norms, rule of law, and all things decent could have been aborted. It’s not enough to oppose the president. Democrats, independents, and enlightened Republicans must oppose all GOP legislators to excise completely the cancer upon America that is Donald J. Trump. (scroll down for full article)

This week has seen another hodge-podge of President Trump’s disregard for human life — even MAGA-supporting life. He will do anything, say anything to be reelected, to avoid indictment and possible prison.

For the second time this week, the president has held one of only two mass indoor gatherings in the U.S., by any organization, since the pandemic hit in February. He has ignored all his own medical experts’ advice about mask-wearing and social distancing — and mass indoor gatherings. He insisted on pushing forward with these epidemiologist-described superspreader events in Tulsa and Phoenix, two hottest of the current COVID-19 hot spots in the country.

[FUN FACT #1]: Trump for President 2020, Inc., insisted on signed waivers from rally attendees so they couldn’t sue him for getting sick or dying. [FUN FACT #2]: Eight members of the Trump campaign’s Tulsa advance team and security staff have tested positive for the virus. Dozens of Secret Service officers were ordered to self-quarantine after the event.

Oklahoma and Arizona are setting records for daily new cases, hospitalizations, ventilator use, and deaths. This is not a second wave. This is the first wave finally hitting secondary states due to toxic leadership from the White House. But President Trump wants to paint an alternate reality: “The pandemic is over, it was overblown by my enemies to bring me down, and even if I am paranoid, they’re still out to get me.”

Oh, and Attorney General William Barr was exposed at a congressional hearing yesterday by two DOJ attorneys who detailed how Barr has interfered in several Justice Department cases to “go easy” on the president and his political buds.


How Did We Get Here?

President Donald Trump has exacerbated exponentially the three concurrent, massive crises of our time: 1) he’s allowed tens of thousands of needless pandemic deaths with no end in sight; 2) he’s ignored, then patronized, then inflamed the largest civil rights movement since the 1960s; and 3) he’s pushed the nation further into Great Depression-era economic numbers. And, as stated, he’s conspired with AG Barr’s DOJ to look away from the crimes of Trump and his cohorts.

How did we get here? Enabling by invertebrate Republican representatives and senators. Do not forget that. If even a few of them along the way had not been obsessed with their own reelection and future standing at the (country) club — and had had the backbone and moral compass to stand up to the depraved confidence artist — Trumpian destruction of governing norms, rule of law, and all things decent could have been aborted.

So it’s not enough to oppose the president. Democrats, enlightened Republicans, and newly awakened formerly apathetic low-information voters must oppose all GOP legislators, national and local, to excise completely the cancer upon America that is Donald J. Trump.

Therefore, I’m treating readers to my Top 10 liberal responses to Trump, GOP bullsh*t. Play the home game. Impress your friends. Shut down Uncle Ed and his MAGA hat at the next family barbecue.

Republicans love to say things like, “The Republican Party is the party of Lincoln, and the Democratic Party fostered the KKK in the past.” That is true. But party identification is ephemeral. Liberal and conservative philosophies are consistent, and that’s what matters.

I am a liberal. Had I lived in Lincoln’s time, I would have been a Republican rabidly supporting abolition. Mitch McConnell, Devin Nunes, and Donald Trump, conservatives, would have been Democrats fighting Lincoln and supporting “states’ rights.” I would have opposed fiercely Lincoln’s vice president (compromise candidate, half of the “National Union” ticket, then president), Democrat Andrew Johnson, whose corruption was manifest in his sabotage of Reconstruction, tacit approval of the KKK, and opposition to citizenship for former slaves.

If I’d been alive during Democratic President Andrew Jackson’s day, I, as a liberal, would have been a supporter of the Whig or Anti-Jacksonian Party, vehemently opposing his Indian relocation policies, phony populism, and autocratic attempts to expand executive power. Mitch McConnell, Devin Nunes, and Donald Trump, conservatives, would have been Jackson enthusiasts. This is why President Trump has a portrait of (Democrat) Andrew Jackson in the Oval Office and no portrait of (Republican) Abraham Lincoln.

Throughout history, I might have been a Republican, Democrat, or some independent combination, depending upon the decade. But I always would have been a liberal, as I am today — supporting equality, truth, the earth, the worker, the stranger, a cultural safety net, and an ethical government that works for the people.

Today, Republicans are light-years of morality and integrity away from where they were in Lincoln’s day. And today, the liberals are Democrats.

These are the reasons I bought a Colin Kaepernick jersey: 1) I support his original, respectful protests — which had nothing to do with disrespecting America — against the grossly statistically high number of black men killed by police and Caucasian vigilantes with no accountability; 2) the attempts by President Trump to shut down legitimate NFL (and other) protests and make racism acceptable; and 3) the blackballing of Kaepernick from the league.

As one of the South Park boys said while apologizing to Token (the only black student in school) after a racial slur, “I’m sorry. As a white kid, I finally get that I don’t get it.”

Let’s make this clear: As soon as you use “TDS,” “deep state,” or “antifa” as an argument supporting Trumpism, you’ve exposed yourself as having zero credibility. You’re simply repeating the focus-group-tested buzzwords of your cult leader. From that point on, you’re a known non-critical thinker not worthy of any further time spent on intelligent discourse. Using these terms in support of Trump is what you call a tell.

There is no such thing as “Democrat” party. Republicans’ and apathetic independents’ continued use of this middle school, ad hominem grammatical slight strips them completely of all critically thoughtful credibility. I say this: When they attempt to go after the party trying to root out corrupt, incompetent, and amoral presidential behavior, it’s called the “DemocratIC Witch Hunt Hoax!”

Let’s stop and analyze your Trumpian slams against media organizations like The Washington Post and The New York Times, two of the most credible, accurate news sources in the country. Note that you never had any problems with either one while they were focused on Hillary Clinton’s non-crimes non-stop. Only when, out of journalistic integrity, they were required to report truths about Donald that he didn’t like — quoting his statements verbatim, describing his actions accurately — did any MAGA cultists begin to complain. The Post’s and Times’ news reporting divisions are accurate and beyond reproach. They correct their honest mistakes per the highest journalistic standards. Even their well-known liberal writers on the editorial side are balanced by commensurate hard-right columnists. There are no greater Trump lickspittles than the Post’s Hugh Hewitt and Marc Thiessen, whom it features often.

Anyone that knee-jerk discounts these newspapers is a liar, delirious, or both. To repeat mindlessly what your leader has told you to is nothing more than cult members spewing the messiah’s dogmatic, dangerous vitriol.

How much longer can Trump’s pro-military supporters hang on in the face of massive decorated multi-star MAGA condemnation?

Since the president’s egregious use of military force on peacefully protesting citizens of his own country June 1, 2020, and his threats to escalate those attacks, Mr. Trump has been excoriated by a dozen current or retired three- and four-star generals, including James Mattis, Michael Mullen, John Kelly, Douglas Lute, Martin Dempsey, Colin Powell, David Petraeus, Barry McCaffrey, and William McRaven. This list includes four former Joint Chiefs of Staff chairmen and various Cabinet secretaries.

[FUN FACT]: General Mark Milley, current Joint Chiefs of Staff chairman, later apologized for appearing at Trump’s June 1 Bible photo op — to prepare for which, peaceful protesters were tear-gassed, shoved down with shields, bombarded with flash-bang shells, and fired upon with rubber bullets — saying he “never should have been there.”

When you deny things you know and wish not to be true, you are a waste of time. When you deny the veracity of legitimate information sources, simply because you’re told to, you are a waste of time. When you ask for proof that the sun rises in the east, you are not an honest debater. By your standards of (un-critical) thinking, all truth is deniable, and there is no reality except that which your leaders deem to exist. Once this intellectual insincerity has been exposed about a person — you — any further attempt at critically thoughtful debate is a colossal waste of time.

Congratulations! It’s official. [full name] has won the award for most asinine, simpleminded, fatuous comments on [social media platform]. The category was “Stupidest Collection of Posts From a Solo Artist or Duo.” His boneheaded vacuity over the past year has been unsurpassed. When presented with the 2020 statuette, [first name] thanked his former cellmates and psych ward buds, without whom he could not have achieved this honor. His closest friend offered this assessment: “I knew him in his younger days, and he was always headed for a**hole-ian ignominy.” His mother said simply, “We failed. I’m so sorry.” Our congratulations to [first name].

I’ll fill out the rest of my Top 10 soon. In the meantime, copy and paste these as needed. If you could add my name at the end, that would be cool, too. But it’s more of a guideline than a rule (— thanks to Bill Murray in “Ghostbusters”). ■