Dog-Bites-Man News; No — Many Dogs Bite Many Men 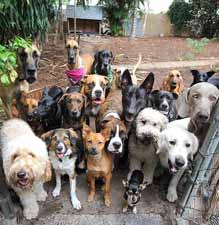 ~SUMMARY~
This week brings more — MUCH more — of the same bad Trumpian news: many dogs biting many men. Red state governors finally have seen the coronavirus light, with hospitals overwhelmed. But President Trump has grown quieter with each newly smashed pandemic record, i.e., pandemic failure. He rarely mentions COVID-19. On a lighter note, last Sunday he re-tweeted to his jillion followers a video of a supporter yelling “White Power!” then retreated to his Florida golf course. His aides immediately freaked out, but the president was in radio blackout, on the links, his phone out of reach. The big Russia news is that Putin paid the Taliban a bounty to kill American troops. And. President Trump knew about it and did nothing. This is another example of how even Trump’s most egregious behaviors — e.g., bowing to the Russian leader at their 2018 Helsinki summit by believing Putin’s denials of U.S. election interference over all U.S. intelligence sources — get buried in the mountain of Donald’s inept, depraved behaviors. But now Russia is back. And the question is renewed: What does Vladimir Putin have on Donald Trump? (scroll down for full article)

This week brings a familiar collection of Trumpian dog-bites-man news, that is, more of the same bad news. But it’s much more of the same. It’s many dogs biting many men.

Red state governors across southern and western United States have finally felt the fire that was lit under their derrieres and has now migrated to their hair. The first wave of the pandemic is cresting across states that thought they had been spared. And with each smashed record (presidential failure) of new cases, hospitalizations, and deaths, President Trump has grown quieter. He allows almost no task force press conferences anymore and rarely mentions COVID-19.

“Staggered by the resurgent novel coronavirus, cities and states are reinstituting restrictions on bars, pools, and large gatherings days ahead of July 4 celebrations as the top U.S. infectious-disease expert warned Tuesday that the pandemic is out of control in some places and soon could reach 100,000 cases a day. Nationally, new infections have topped 40,000 in four of the past five days during an accelerating outbreak that exceeds the worst days of April.

“The number of people hospitalized with COVID-19, the disease the virus causes, is surging in seven states. … In Texas, Arizona, Nevada, South Carolina, West Virginia, Georgia, and California, seven-day averages are up at least 25% from last week. Anthony S. Fauci said during a Senate hearing Tuesday … ‘Clearly, we are not in total control right now.’ Fauci said half of all new cases are being recorded in just four states. Three of them — Arizona, Texas, and Florida — are led by Republican governors who moved quickly, after being urged by President Trump, to reopen their economies but have since begun closing bars and beaches.”

FYI: The U.S. hit another milestone July 1 for COVID-19: 50,000 new cases in one day for the first time. New cases have increased 82% over the past two weeks. Forty-five states have more new cases this week than last week.

Your president, in response to the pandemic news of yesterday, said this:

“I think we’re going to be very good with the coronavirus. I think that at some point that’s going to sort of just disappear, I hope. … I do [believe it will] disappear.”

And your president, in response to his until-now belittling of mask-wearers:

“I’m all for masks. I think [voluntary] masks are good … [if people] feel good about it. … Actually I had a mask on and I said I liked the way I looked. I thought it was OK. It was a dark black mask and I thought it looked OK. It looked like the Lone Ranger, but I have no problem with that.”

President Trump is doing his best to unite the nation and quell continuously rising (with each new Black male death at the hands of police) Black Lives Matter protest tensions. Just kidding. Last Sunday, he re-tweeted to his jillion followers a video of a supporter yelling “White Power!” — twice — then retreated to his Florida golf course. His aides immediately freaked out and tried to get authorization to delete the tweet, but the president was in radio blackout, on the links, his phone out of reach. After three hours, aides finally reached Donald who succumbed to their pressure to tweet-delete his vile post. Though somehow, the world still found out about it.

These actions by the president come in the face of even the most vehemently Confederate-symbol-friendly states moving to extinguish the glorification of slavery-supporting imagery.

“Mississippi Gov. Tate Reeves (R) signed a bill Tuesday abandoning the state’s flag and stripping the Confederate battle flag symbol from it, capping a remarkable turnaround on a banner that had flown over the state for more than a century. With Reeves’ move, Mississippi will take down one of the country’s most prominent Confederate tributes, withdrawing the only state flag that still bears such an emblem. The new flag’s design will be determined later, but lawmakers have barred it from including the most recognizable icon of the Confederacy, which many people associate with racism, slavery, and oppression. … Reeves’ signature came two days after Mississippi lawmakers, facing a nationwide campaign for racial justice, passed the measure removing the state’s flag and calling for a replacement.”

The big Russia news, expanding since last Thursday, is that Russia paid the Taliban bounties for killing American (and coalition) troops in Afghanistan during 2018-19. And. President Trump knew about it in 2019. And. The president has had a flurry of calls with Vladimir Putin since then and has said nothing to him about it. And. President Trump has continued to suck up to Putin by 1) ignoring Vlad’s purloining of a portion of Ukraine, 2) pushing for Russia’s re-admittance to the G8 world body of power nations, 3) removing U.S. troops from Germany, 4) trashing NATO, and other assorted suck-ups. [FUN FACT]: Russia was booted from the G8 in response to its illegal annexation (theft by military force) of the Crimean peninsula from Ukraine in 2014.

This is another great example of how even Trump’s most egregious behaviors — e.g., bowing to the Russian leader at their 2018 Helsinki summit press conference by believing Putin’s denials of U.S. election interference over all U.S. intelligence sources — get buried in the mountain of Donald’s inept, depraved behaviors. The late Sen. John McCain (R-Ariz.) called his Helsinki back-down at the time, “one of the most disgraceful performances by an American president in memory.” (Of course, our memories have been augmented since.) But then the next Trumpian outrage occurs, the country moves on, and the electorate forgets about Trump’s until-that-time worst act of presidential incompetence and corruption.

But now Russia is back. And the question is renewed: What does Vladimir Putin have on Donald Trump?

“White House officials were first informed in early 2019 of intelligence reports that Russia was offering bounties to Taliban-linked militants to kill U.S. and coalition military personnel in Afghanistan. … Intelligence analysts believe that the bounties probably resulted in the deaths of three Marines killed in April 2019. …

“This week, White House officials have said that intelligence about the Russian bounty program … was not sufficiently substantiated to be brought to Trump’s attention. … While numerous intelligence and former government officials have said that such reports would normally have reached the highest levels of government, including the president … But several people familiar with the matter noted that information is sometimes withheld from Trump, who often reacts badly to reports that he thinks might undermine what he considers his good relationship with Russian President Vladimir Putin.”

Trump knew and did nothing about it? Trump didn’t know because he doesn’t read the Presidential Daily Briefings? Trump’s top advisers didn’t tell him because it would upset him? Every possible explanation is galactically bad.

The question is renewed: What does Vladimir Putin have on Donald Trump? ■