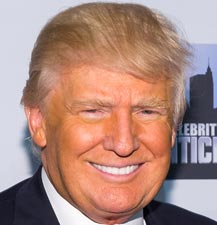 This is a (less) partial list of depraved horrors perpetrated by Donald Trump against America since he’s been in the White House, any one of which would have imploded another presidency:

— FBI BUILDING: Donald canceled plan to move FBI building out of Washington, D.C., after several years and millions of dollars had been invested in planning, because vacancy would have created competition for Trump’s D.C. hotel

— IMPEACHMENT: Donald extorted Ukraine for election help; he ended the careers of many impeachment witnesses

— INDIVIDUAL NO. 1: Donald was implicated as an unindicted co-conspirator in the campaign finance crime for which Michael Cohen was convicted; prosecutors agreed the crime did not benefit Cohen but was ordered by Trump who also laundered the illegal hush-money payments through Trump Org.

— MIGRANT CHILDREN: Donald separated thousands of migrant minors, including babies, toddlers, and young children, from their families for months (many permanently through incompetence), locking them up in squalor

— PANDEMIC: Donald has caused tens of thousands of needless deaths by playing down coronavirus to restart economy early solely for reelection; he refused to nationalize guidelines, testing, supply production, and supply chain; he’s pressuring all schools to reopen without limitations at the height of a pandemic, threatening funding if they don’t, while watering down CDC school reopening guidelines

— RUSSIA TROOP BOUNTIES: Donald has refused to confront Putin after receiving solid-intelligence briefings in 2019 stating Russia paid Taliban bounties in 2018-19 for U.S. and coalition troop deaths in Afghanistan; he continues to pander to Putin

— SHARPIE-GATE: Donald altered, with childlike Sharpie markings, a national weather center map of Hurricane Dorian to include Alabama, a state never in danger; he did this to avoid admitting a mistake he’d made in days previous; he then pressured NOAA (National Oceanic and Atmospheric Administration) to retroactively back up his mistake; Commerce Dept. inspector general later reprimanded NOAA for this false reporting

— TRUMP FOUNDATION: Courts ordered Donald’s foundation to pay $2 million in fines/restitution, and that the Trump “charitable” organization be shut down permanently due to massive fraud and campaign finance violations; his adult children and board members, Don Jr., Ivanka, and Eric, earned a lifetime court order never to be involved in charities again

— TRUMP INAUGURAL COMMITTEE: Federal prosecutors have been investigating the committee since 2018 for soliciting illegal foreign contributions, using straw donors, money laundering, financial mismanagement, and misappropriation of funds (it only spent a fraction of the money raised on inaugural activities); at least two men have been indicted

— TRUMP UNIVERSITY: Courts ordered Donald to pay $25 million in settlements to “students” who had been victimized by fraudulent marketing claims and worthless “degrees”

— 100’s OF OTHER MISCELLANEOUS SCANDALS AND MALFEASANCE (Helsinki, Access Hollywood, 20,000-plus documented lies, telling intel secrets to Russians in Oval Office, insulting Gold Star families, mocking a physically challenged reporter, pushing to disqualify a judge with Mexican heritage solely because of that heritage, and many more)