Pandemic Deaths Due to Trump Malfeasance: 68,709 – so Far 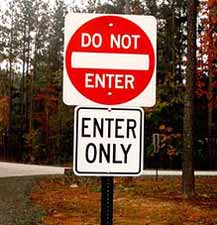 ~SUMMARY~
The time to be frank about the president’s damage to the U.S. and its citizens is long past. Donald Trump’s corrupt coronavirus response policies are responsible for the deaths of tens of thousands of Americans. I’m calculating my new weekly to-date estimates as a conservative 50% of any current U.S. total pandemic fatalities. This morning, the aggregate is 137,419. It is now clear — crystal — that Mr. Trump has had a direct hand in a conservatively estimated 68,709 — half — of those. That’s why there is a historically unprecedented number of luminaries from the president’s own party who are supporting the opposition candidate in November, to stop the frightening, horrendous damage Trump has done to our country and institutions. That’s why there is a Lincoln Project, assembled long before the pandemic, comprising innumerable distinguished Republican, conservative thinkers and former legislators, spending millions of dollars on effective ads to abort the Trumpian destruction of America. (scroll down for full article)

(Ersin, Tom; “Pandemic Deaths Due to Trump Malfeasance: 68,709 – so Far”; GraniteWord.com; 7/16/2020; as conservatively extrapolated from COVID-19 Dashboard by the Center for Systems Science and Engineering at Johns Hopkins University; 7/16/2020.)

The time to be frank (a galactically overused term, usually misapplied as a modifier for emphasis) about the president’s damage to the United States and its citizens is long past.

Donald Trump’s corrupt coronavirus response policies are responsible for the deaths of Americans. Tens of thousands of deaths. I’m calculating my new weekly to-date estimates as a conservative 50% of any current U.S. total pandemic fatalities.

Since February I’ve been documenting the number of COVID-19 casualties in our country and the world. Every Thursday morning at approximately 8 a.m., I access the website of the Center for Systems Science and Engineering at Johns Hopkins University and note the devastating numbers. This morning, the U.S. aggregate is 137,419.

It is now clear — crystal — that Mr. Trump has had a direct hand in a conservatively estimated 68,709 — half — of those.

“If the United States had begun imposing social distancing measures one week earlier than it did in March [15], about 36,000 [approximately 50%] fewer people would have died in the coronavirus outbreak, according to new estimates from Columbia University disease modelers. And if the country had begun locking down cities and limiting social contact on March 1, two weeks earlier than most people started staying home, the vast majority of the nation’s deaths — about 83% — would have been avoided, the researchers estimated. Under that scenario, about 54,000 fewer people would have died by early May. …

“‘It’s a big, big difference. That small moment in time, catching it in that growth phase, is incredibly critical in reducing the number of deaths,’ said Jeffrey Shaman, an epidemiologist at Columbia and the leader of the research team.”

If Mr. Trump had shown even flawed, limited leadership one week earlier (than March 15), half of the fatalities could have been averted, as of May. Two weeks earlier: 83%. Now combine this with his continued lack of leadership.

Remember that Trump received early dire warnings from epidemiological experts around the country and many corners of his own government, including the CDC and top aides such as Peter Navarro, Director of the Office of Trade and Manufacturing Policy. Donald’s damn ultraconservative trade director was sounding the alarm to him in December and January, but Trump didn’t want to hear it. It would hurt his economy. He ignored warnings while having the advantage of foresight from seeing the pandemic play out in China and Europe, having been warned that its assault on the U.S. was inevitable, that it would occur within weeks or months.

Trump did nothing before March 15 except put some limited, porous restrictions on travel to and from China and a few European countries (notably, incomprehensibly, not countries that had Trump properties).

Finally, March 15, the White House issued guidelines for shelter-at-home recommendations, social distancing, and mask-wearing. But Trump’s corrupt fatal flaw — which continues to this day — is that he left it all up to the states. The lack of leadership is manifest in many things but especially in his refusal to role-model and lead on the White House’s own safe behavior recommendations. He wishy-washily has given conflicting messages from the beginning: “You can follow the guidelines if you want, but the real MAGA heroes know I’m winking to them that I think the whole thing is a hoax.”

Donald’s worst fears came true: the economy tanked. Rather than learn from his mistakes, he continues to do whatever he thinks it takes to restart the economy and the stock market solely to get reelected. He has not wavered on this at all. This is a key indication that, in this instance, it’s not Trumpian incompetence — though there is a mountain of that — it is corruption and amorality. Donald has and will sacrifice human life to be reelected, to avoid indictment and possible prison. And maybe even worse, humiliation.

Trump has refused to support the components necessary to fight the pandemic effectively, i.e., to nationalize clear and consistent guidelines, virus testing, supply production, and the supply chain. As hot spots and hot states surge with infections, hospitals still are suffering drastic shortages of essential personal protective equipment and lifesaving ventilators, not to mention beds. Massive testing shortages are legendary. Where tests are available, the long wait time for results hobbles contact tracing, a key component of virus containment.

The president has left an anemic patchwork response to individual states — to compete with each other, FEMA, and other countries for desperately needed resources; and to decentralize guidance, handing the fate of many states off to Republican, virus-downplaying, Trump-favor-currying governors. This serves two functions: 1) he can blame the states when things go south; and 2) it allows him to continue downplaying and ignoring the plague, hoping (and saying) it will “just disappear” — all to restart the economy to win reelection.

For all these reasons, putting Trump’s share of responsibility for U.S. COVID-19 deaths at 50% of the total at any given time is a conservative estimate.

Meanwhile, nearly half the country — his supporters — believe in his efforts to hoax away COVID-19. Following his lead, they don’t take it seriously, ignore health guidelines, and continue their colossal virus spread through political ignorance. Even people in the independent middle are left to wonder: “Could a United States president really be so callous as to sacrifice lives through deception just for reelection purposes?” Many conclude the answer is no, choosing to ignore warnings and safety guidelines because they’re inconvenient.

The first wave of the pandemic is resurging, bigger than ever, now into red states such as Florida, Texas, Arizona, South Carolina, and others. The president must be correcting course and finally realizing a consistent message is good for the country, good for the economy, good for saving lives. Right?

In the past month, President Trump has held three superspreader gatherings for campaign purposes (from which, many attendees have contracted the virus, including a dozen presidential staff). He retweeted game show host Chuck Woolery (having no other discernible credentials) to support his contention that the virus is a hoax and “doctors are lying to us.” Trump continues to discount, discourage, and defund testing, which almost all experts agree is the primary method, in conjunction with contact tracing, of controlling the virus’ spread.

The president and the White House have mounted a full-blown opposition research campaign to discredit his own top U.S. government epidemiologist, Dr. Anthony Fauci (who still enjoys three times the credibility in polls as Trump), who thankfully has been disputing President Trump’s pandemic lies and misinformation left and right. Why doesn’t he just fire Fauci? That would look worse on Donald than the campaign of dis-accreditation. So the president continues abetting the mass confusion, a powerful, in this case depraved tool, with plausible deniability.

Now President Trump is pressuring all American school districts to reopen in the fall, five days per week, with no masks or social distancing, contradicting virtually all credible medical and scientific recommendations. He’s threatening public funding if they don’t — claiming it’s a ploy to make him look bad rather than saving children’s lives — and he’s watering down CDC student guidelines. He sees schools reopening as integral to parents going back to work. And that’s all he sees.

That’s why there is a historically unprecedented number of luminaries from the president’s own party who are supporting the opposition candidate in November, to stop the frightening, horrendous damage Trump has done to our government and institutions. That’s why there is a Lincoln Project, assembled long before the pandemic, comprising innumerable distinguished Republican, conservative thinkers and former legislators, spending millions of dollars on effective ads to abort the Trumpian destruction of America. ■