Truism #1: “You May Hear Statements Detrimental to Our Republic” 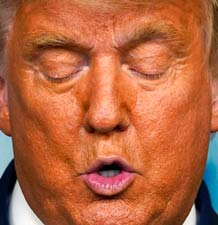 #2) Joe Biden is the duly elected, legitimate president-elect. He will be inaugurated Jan. 20, 2021.

#4) The polls were wrong — again: legions of voters still were embarrassed to admit their MAGA support, even to pollsters.

#5) “Press is the enemy of the people” worked — almost. It made the election closer than warranted.

#6) Massive, shameless lying — even when all your supporters KNOW you’re lying — worked — almost. Having zero integrity is a yooge advantage. Virtue, decency, and honesty ultimately won, but 48% of the country doesn’t accept it.

#7) Bernie Sanders would have been obliterated. I love Bernie. But the effective sot-takeover disinformation campaign, to which he opened the door, hurt down-ballot Democrats. As I said all along, we could not risk another four MAGA years with anything less than our strongest presidential candidate. Even Donald knew that was Joe.

#8) The U.S. is severely divided. Half its citizens believe in truth, reason, and character. Half believe any lies that support personal grievances. Instituting standardized critical thinking instruction in the American K-12 educational curriculum remains essential.

#9) Even a loser Trump maintains tremendous power over Republicans, through control of his base supporters. GOP incumbents and candidates will fear his tweet-attacks for years to come.

Tuesday, There Was an Election

President Trump, sensing his imminent loss, went on national television to comment on the state of the race. Based on recent tweets, previous statements, and Donald’s inherent personality traits, one pundit remarked to viewers while prefacing Mr. Trump’s remarks, “You may hear statements detrimental to our republic.” The president did not disappoint. He claimed massive fraud where there was none. He weakened a country. He was a temper-tantrum-throwing 74-year-old 2 year old.

“If you look at the legal votes, I win very easily. They’re trying very obviously to commit fraud [in Philadelphia and Detroit]. … We were winning in all the key locations, by a lot, actually, and then our numbers started miraculously getting whittled away, in secret. … I’ve said very strongly that mail-in ballots are going to end up being a disaster. … It’s really destroyed our system. It’s a corrupt system. … It’s getting worse and worse every day. … [I expect] a lot of litigation. … We can’t be disgraced by having something like this happen. There’s been a lot of shenanigans, and we can’t stand for that in our country. … The voting apparatus of those [contested] states are run in all cases by Democrats.”

[EDITORS NOTE:] Mr. Trump was wrong on all counts. 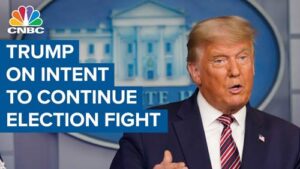 Saturday, the Election Was Called Officially

I stand with comedian Dave Chappelle and President-Elect Joe Biden: It’s not a time to gloat. Almost half the country is disappointed and in pain. It is a time to practice good sportsmanship, to be gracious, humble winners.

But it’s also time to face reality, to accept the results — as we always have when they’ve gone the other way — and do the best we can to prepare for the next administration, for the good of the country. Only four Republican senators (Romney, Murkowski, Collins, Sasse) have congratulated Biden on his win, effectively accepting the election results. The rest of them still are choosing selfish political expediency, fearing a Trumpian tweet, over national security and protecting our republic. Unfortunately, this is a really bad sign.

C’mon, people. Even Fox News has accepted that 1) Trump lost, 2) Trump’s lawsuits are without merit, and 3) Trump’s lying, traitorous fraud accusations — leveled even at Republican-run states and GOP vote-counting secretaries of state — are undemocratic and show clear disdain for the American people and the United States Constitution.

“Trump, meanwhile, accused Democrats of trying to ‘steal’ the election in remarks he made from the White House. ‘Our goal is to defend the integrity of the election, we will not allow the corruption to steal such an important election or any election for that matter,’ Trump said, though the only specific accusation of voter fraud his campaign has presented — one woman in Nevada — was disputed by the voter registrar in the county where the campaign made the allegation.” 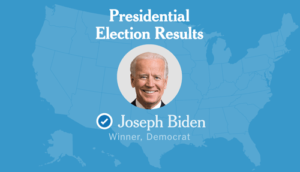 President Trump is the ultimate sore loser everyone expected. Donald never “grew into” the presidency, like so many allies had hoped he would. And he certainly won’t grow into the maturity and patriotism required for an orderly, nationally secure, democratic transition of administrations. He will be eased out of his other-worldly reverie and denial only as his aides, family members, and GOP enablers figure out a way to massage his ego and help him mentally turn acceptance into selfish benefit.

I empathize with Trump voters. I’m sorry for you, that your guy lost. But I have zero patience or empathy for GOP lawmakers whose self-serving mendacity continues to impede the work of government, endanger national security, and prolong the pain of suffering Trump supporters. Those poor bastards deserve better. ■