Don’t Think Twice, It’s All Right (and Other Classic Songs) 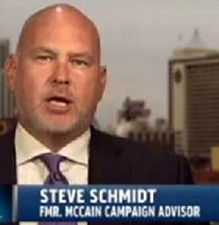 “Today was a before-and-after moment in the life of the nation. One hundred [twenty-]six members of Congress broke faith with American democracy today. They did something the fascists, the Nazis, the Confederate Army was unable to do. … A majority of elected officials of one of the two major parties in a federal house broke faith with the idea that the people are sovereign, that we’re a government of the people, by the people, for the people. … [T]he competition in American politics is now between a democratic party, meaning a party that believes in democracy, versus an autocratic party. We’ve never seen that. … [W]e’re one election away from losing the country to people who no longer believe in democracy.”

A little milquetoast but still, the most we’ve gotten from a sitting GOP senator:

“President Trump’s efforts to try to overturn the will of the people … is terribly dispiriting to people all over the globe. … [N]ow you’ve had every court say that President Trump does not have a case. You have the Electoral College that has voted. It’s very clear that President-elect Biden will become our next president. And it’s time to move on.”

Succinct and to the point:

“Let’s use the technical term for what’s going on here, and it’s ‘batsh*t crazy.’”

They should have listened to Lindsey:

“My party has gone batsh*t crazy.”

Go Your Own Way

“I spent 29 years as a Republican, I’ve spent two and a half as an independent, and later this afternoon I will register as a member of the Democratic Party. Because in America today, it’s only the Democratic Party — which is the oldest political party in the world — that stands for the ideas and ideals of American liberty.”

“I am withdrawing from my engagement and association with the Republican Party at both the national and state level. … I am [changing] my party affiliation to Independent. … It is unacceptable for political candidates to treat our election system as though we are a third-world nation and incite distrust of something so basic as the sanctity of our vote. … If Republican leaders collectively sit back and tolerate unfounded conspiracy theories and ‘stop the steal’ rallies without speaking out for our electoral process, which the Department of Homeland Security said was ‘the most secure in American history,’ our nation will be damaged. … [W]ith the leadership of the Republican Party and our Republican Conference in the House actively participating in at least some of those efforts, I fear long-term harm to our democracy.”

“Today, I am declaring my independence and leaving the Republican Party.”

(Amash, Justin, I[formerly R]-Mich., U.S. representative; “Justin Amash: Our Politics Is in a Partisan Death Spiral. That’s Why I’m Leaving the GOP.”; The Washington Post; 7/4/2019.) (after digesting President Trump’s malfeasance laid out in the Mueller report)

Just a few of the others on the Trump-era list of former Republicans:

Disillusioned non-Trump Republicans do not make up a majority of the GOP. But they’re not nothin’. Let me reprise three of my paragraphs penned during Trump’s reelection campaign

“There is a historically unprecedented number of luminaries from the president’s own party who support the opposition candidate in November 2020 to stop the frightening, horrendous damage President Trump is doing to our country. That’s why there are more than a half-dozen well-organized groups of distinguished Republicans, conservative thinkers, and former GOP legislators who support aborting Trump’s campaign to cripple American democracy. …

“Virtually all these Republicans are pro-life, anti-Roe-v.-Wade Christians who want more conservative federal and Supreme Court justices. They all dislike som. Virtually all of them hold traditional conservative policy values — which I generally disagree with but still respect. But they also all know that none of these things would matter if we allowed an aspiring autocrat a second term to continue tearing down the institutions and moral foundation of our country’s government, until there was nothing left to fight for.”

“Help Me, Rhonda, Help Me Get ’Er out of My Heart”

The Republican Party has split into two factions: 1) the majority, Trump Republicans who will carry on Trumpism after the leader is out of power; and 2) the minority, traditional Republicans who still uphold democratic principles, still generally stand up for integrity and character even under threat of tweet-attack.

It’s laudable that prominent Republicans such as Steve Schmidt and Richard Painter were willing not only to leave the GOP but join the Democratic Party out of sheer principle. Most other non-Trump Republicans, however, don’t see that as a realistic option. Many of those also don’t see themselves kissing and making up with Trump Republicans.

It appears there is only one option: for the minority to form a third party supporting the conservative principles of Ronald Reagan, George Will, and John McCain but denouncing the autocratic characteristics of Trumpism and the GOP’s even pre-Trump gravitation toward self-dealing and mendacity.

“The Republican Party is an organized conspiracy for the purposes of maintaining power for self-interest and the self-interest of its donor class. There is no fidelity to the American ideal.”

“When your rooster crows at the break of dawn
Look out your window, and I’ll be gone
You’re the reason I’m a-traveling on
But don’t think twice, it’s all right”