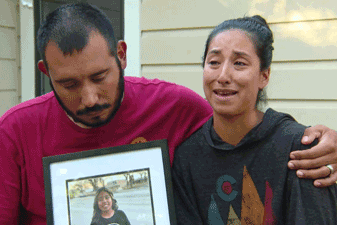 “I [found] something no prayer will ever relieve: Two children whose bodies had been pulverized by bullets fired at them, decapitated, whose flesh had been ripped apart, that the only clue of their identities was the blood-spattered cartoon clothes clinging to them, clinging for life and finding none.

“I could only hope the two bodies were a tragic exception to the list of survivors. But as I waited with my fellow Uvalde doctors, nurses, first responders, and hospital staff for other casualties we hoped to save, they never arrived. All that remained were the bodies of 17 more children and the two teachers.”

It’s simple: The U.S. Constitution does not preclude the regulation of arms bearing, as determined by gaggles of constitutional scholars and Supreme Court justices, conservative and liberal. This leaves arms-bearing safety legislation to states, and Congress, if Congress deems it necessary to override the states. This is inarguable, except by dishonest rhetors spewing cutesy or pseudo-intellectual tropes in fallacious defense of a nonexistent premise in the Bill of Rights.

An elementary school student’s right to a pulse is not outweighed by firearm fanatics’ erroneous belief that they have a right to most any type of personal arms without reasonable limits.

It’s indisputable that a certain type of rifle — invented and intended for inflicting massive military casualties on the battlefield — is causing an increasing, heinous loss of innocent American lives, most notably, children and ethnic/religious minorities.

And it’s indisputable that continuing support for said nonexistent premise can be attributed to greed and power lust in legislators, ignorance and poisonous nationalism among the fanatics, and pure inhumanity among both. Continued support conveys that supporters view the growing abhorrent loss of life as an acceptable trade-off for their false right.

How do they sleep?

“To some, guns are more important than children. … [But s]omewhere out there, there’s a mom listening to our testimony, thinking I can’t even imagine their pain, not knowing that our reality will one day be hers unless we act now.”

It matters not that the carnage won’t be stopped overnight. What matters is that we make a serious start. As a vast majority of American gun owners agree.■