GOP: All Truth Is Deniable 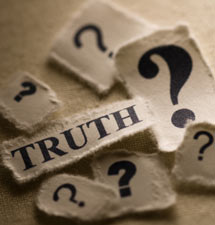 “Go back where you came from” is one of THE most well-known racist things someone can say to members of a minority group. There is nary a teenager alive in America who doesn’t know this. But most Republicans are denying it. And the Pope is NOT a Catholic. And a large brown furry mammal belonging to the family Ursidae (of the order Carnivora) does NOT defecate in a woodland area supporting an understory of shrubs, herbs, or grasses. Donald has come along and told the GOP they don’t even need to fake disguising their lies anymore. All truth is deniable no matter how obvious the whopper. Trump has freed them from their principles and ethical shackles and shown them the secret: Keep piling on the prevaricacious outrages. (scroll down for full article)


The big news of this week has been the president’s Twitter activity. I know: “Dog Bites Man.” (God, I love that analogy.) But this one might be different.

“So interesting to see ‘Progressive’ Democrat Congresswomen, who originally came from countries whose governments are a complete and total catastrophe, the worst, most corrupt and inept anywhere in the world (if they even have a functioning government at all), now loudly … and viciously telling the people of the United States, the greatest and most powerful Nation on earth, how our government is to be run. Why don’t they go back and help fix the totally broken and crime infested places from which they came. Then come back and show us how … it is done. These places need your help badly, you can’t leave fast enough. I’m sure that Nancy Pelosi would be very happy to quickly work out free travel arrangements!”

What!? I’m outraged that this president would allow taxpayer funded travel abuse by government officials.

And the presidential follow-up:

“We will never be a Sot or Communist Country. IF YOU ARE NOT HAPPY HERE, YOU CAN LEAVE! It is your choice, and your choice alone. This is about love for America. Certain people HATE our Country….”

He’s right about one thing: “We will never be a Sot or Communist Country.” Mostly because no Democrat is proposing or supporting that conversion. But what’s one more colossal lie among friends? Donald is a fabulist’s fabulist.

Versions of the Republican trope “IF YOU ARE NOT HAPPY HERE, YOU CAN LEAVE!” have been around for many decades. Republicans love to accuse political opponents of un-Americanism and hating our country simply because those opponents have philosophical differences about how government should be run. Fox News’ Bill O’Reilly popularized this artifice during his years of punditry (before accusations of serial sexual misconduct came up and brought him down). Never mind that Trump obviously didn’t like our government as he consistently launched vile criticisms and knowingly false accusations against President Obama.

Anyway, here’s the lowdown about Trump’s feud with the four congresswomen of color known as The Squad:

“President Donald Trump created a firestorm over the weekend when he told four Democratic congresswomen to ‘go back’ to their own countries. Although Trump did not specify who he was specifically referring to, many believe he was talking about Reps. Alexandria Ocasio-Cortez (D-N.Y.), Ilhan Omar (D-Minn.), Ayanna Pressley (D-Mass.), and Rashida Tlaib (D-Mich.).

“Three of those lawmakers were born in the U.S. Omar came to the United States as a [12-year-old] refugee from [war-torn] Somalia more than 20 years ago and is a naturalized U.S. citizen. Omar and Tlaib are the only two Muslim women in the House.

“On Monday afternoon, the lawmakers responded to Trump’s comments in a press conference on Capitol Hill. Pressley said the president’s recent comments were just a ‘disruptive distraction’ from a ‘callous, chaotic and corrupt’ administration. ‘I encourage the American people and all of us in this room and beyond to not take the bait,’ Pressley added.

“Omar accused Trump of pursuing a ‘white nationalist’ agenda. Ocasio-Cortez reminded children across the nation that ‘this country belongs to you,’ despite Trump’s comments, and Tlaib renewed her calls for Trump to be impeached.”

Amash, you might remember, was the first (and so far, only) sitting U.S. GOP legislator to call for Trump impeachment proceedings. Within a month or so of his statements, he was barred from the clubhouse, disinvited to fellow members’ daughters’ debutante coming out parties, and essentially forced from the Grand Old Party.

[Sen. Lindsay Graham (R-S.C.)]: “We all know that [Alexandria Ocasio-Cortez] and this crowd are a bunch of communists, they’re anti-Semitic. They hate Israel. They hate our own country.” (Graham added that the president shouldn’t “get personal.”)

[House Minority Leader Kevin McCarthy (R-Calif.)]: “No,” President Trump’s remarks were not racist. “I believe this is about ideology.”

[White House Adviser Kellyanne Conway]: “No, [the president’s comments] are not [racist].”

[Rep. Andy Harris (R-Md.)]: President Trump’s tweets were “obviously not racist. … He could have meant ‘go back to the district they came from — to the neighborhood they came from.’”

[Vice Presidential Chief of Staff Marc Short (R-Va.)]: “I don’t think the president’s intent in any way is racist … [he has an] Asian woman of color in his Cabinet.”

How can I be a racist? Some of my own staff are members of ethnic groups I dislike. Besides, I didn’t mean “go back to where you came from” as in a country. I meant “go back to your car.” No — I meant “go back to your neighborhood.” Yeah, that’s it. I can’t be racist. At a rally, I singled out “my African American, there’s my African American.” At the going-away press conference for my crooked Labor Secretary, Alex Acosta, I pointed out, for no apparent reason, that “He’s a Hispanic man!” (I also said his resignation was “his decision,” though we all know that’s a lie because I could have refused to accept it.)

To be fair, a handful of Republicans other than the four-plus-one who supported the Democratic resolution have objected to the president’s blatant racism. Sen. Mitt Romney (R-Utah) offered his milquetoast, watered-down criticism, while slightly more forceful protests were voiced by Senators Pat Toomey (R-Penn.), Tim Scott (R-S.C.), Susan Collins (R-Maine), Lisa Murkowski (R-Alaska), and a few others.

All Truth Is Deniable

“Why don’t they go back and help fix the totally broken and crime infested places from which they came.”

As is known widely now, the four congresswomen in question are all women of color and U.S. citizens. Three were born here; one came as a 12-year-old refugee.

“Go back where you came from” is one of the most well-known racist things someone can say to members of a minority group — right up there with “Jews will not replace us” and “You’re a credit to your race.” There is nary a teenager alive in America who doesn’t know this.

But most Republicans, including the most powerful in government, are denying it. And the Pope is not a Catholic. And a large brown furry mammal belonging to the family Ursidae (of the order Carnivora) does not defecate in a woodland area supporting an understory of shrubs, herbs, or grasses.

GOP members always have lied far more than their fair share. But Donald has come along and told them they don’t even need to fake disguising their lies anymore. All truth is deniable no matter how obvious the whopper. Reputations don’t matter anymore. Reputations are meaningless to sitting Republican legislators and the 90% of GOP voters that still support the president. Trump has freed them from their principles and ethical shackles and shown them the secret: Keep piling on the prevaricacious outrages.

I won the most Electoral College votes since Ronald Reagan.

I had the largest inaugural crowds in American history.

I actually won the popular vote.

Mueller found no collusion or obstruction of justice.

I have gotten more done than any other American president.

China is paying us billions in tariffs.

I am building the wall. Mexico is paying for it (one way or another).

I am saving the environment.

I am draining the swamp.

These are just a minuscule few of the blatant lies Donald has told since becoming president. Amazon’s liberal lobbying arm, The Washington Post, famously has kept a running documentation of the president’s false statements since inauguration, now totaling well over 10,000.

Do an internet search on your favorite search engine (Do they call them that anymore?) and you’ll find every possible category of Trump lie lists, including “The Definitive List,” “Lyin’ Donald: 101 of Trump’s Greatest Lies,” and “Trump’s 5 Biggest Lies.”

My favorites are “A Running List of President Trump’s Lies and Other Bullsh**” and the classic Mark Twain-ian “Lies, Damned Lies, and Donald Trump.”

The search results number literally in the hundreds of entries — and I don’t use the word literally lightly (or mistakenly).

Most fans of Superman comics and his legend know that exposure to Kryptonite — cosmic material from Superman’s home planet, Krypton — weakens him and could even kill him in high enough doses. Diehard fans know, though, that exposure to massive amounts of the deadly substance cancels out its deadly effects. If there’s an overwhelming amount of Kryptonite, Superman walks away without harm.

Trump has learned that if he consistently tells an overwhelming amount of lies, he walks away, without political harm. The masses can’t keep up so they give up. If they remember anything, it’s the messages repeated loudest and longest: which Donald ensures are his lies.

Donald Trump is no communications genius. He is competent. Any other competent rhetor with a complete paucity of moral and ethical principles could do what Donald does.

Republicans often like to say you can’t legislate morality, so Democrats should stop trying. Congress can’t write a law covering every moral failure, which is true. So we try to elect legislators who have a moral compass, to set a moral tone for the country. Constitutional authors also knew they couldn’t legislate truth. But they tried to construct a system in which truth-tellers would be supported and more often than not be the ones to hold government positions.

Donald got in on a fluke, a perfect storm of poor FBI communications judgment and ethical overcompensation, illegal foreign election help, criminal campaign finance violation, and a constitutional flaw: the Electoral College. He is a classic confidence artist who learned long ago that any truth can be denied. The trick is to have no shame, no moral compass, and no pesky personal principles to uphold — and to slam the denials home repeatedly. Your followers ultimately will be fooled. In fact they’ll want to be fooled. Most Republicans in office finally have taken this lesson fully to heart.

Donald’s Kryptonitic lies, in massive amounts, allow him to fabricate with impunity. Unlike Superman, he does not fight for “truth, justice, and the American way.”

The Constitution is being stretched to its last stitch. The founders never foresaw the likes of Trump. ■